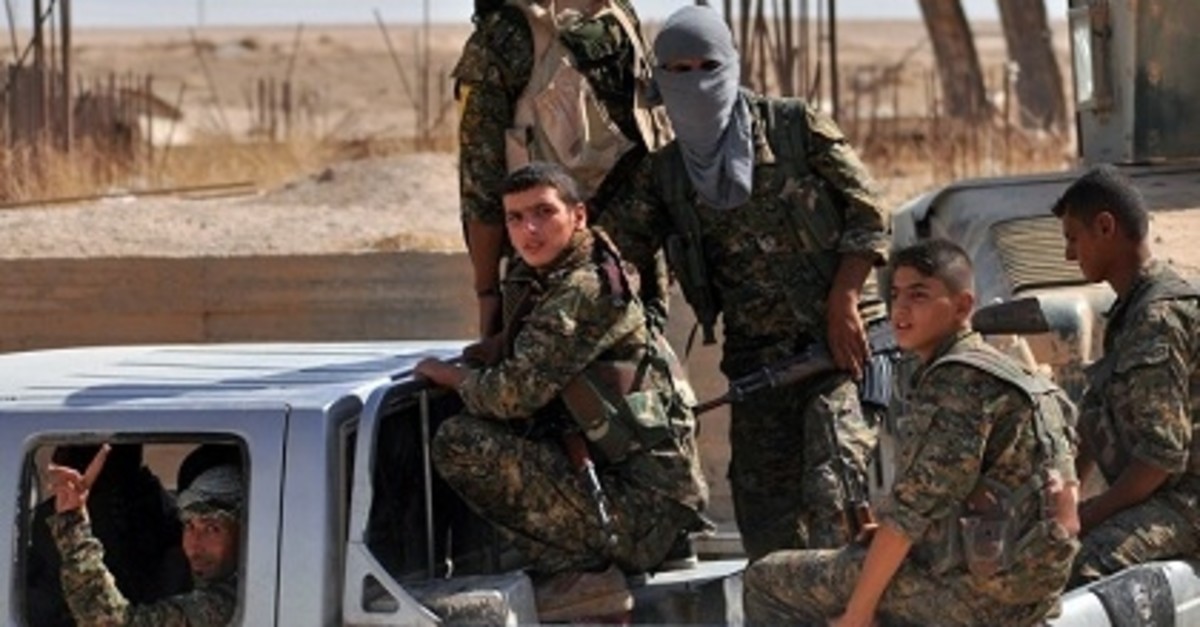 The YPG terrorist group also received heavy criticism for its use of minors in its ranks (File photo)
by Daily Sabah Oct 27, 2019 10:57 pm

"Back in April, a trusted contact of ours had told us about how corrupt #SDF officials were smuggling #IslamicState families to #Idlib," Dalati said in the tweet, using the self-styled name for the Daesh terrorist group.

"The IS families used the oil shipping lanes in hollowed out oil tankers. It seems SDF used trick to entrap IS spox," Dalati added.

The terrorist group drew fire numerous times for its "win-win" affairs with Daesh.

In August 2018, the group set free 40 Daesh prisoners for ransom.

In January 2018, YPG had also released all Daesh prisoners on condition that they fight the Turkish and the Free Syrian Army (FSA) forces after Ankara launched Operation Euphrates Shield to drive back YPG militants from the region. The YPG also made a secret deal with Daesh for the evacuation of around 4,000 terrorists from Raqqa, including hundreds of foreign fighters.

The secret deal was exposed in October 2017 by a BBC report. It detailed an agreement between the U.S.-backed SDF.

As part of the deal, the YPG arranged the evacuation of thousands of Daesh militants, including some of the most notorious, and their families from Raqqa, as well as 10 trucks loaded with weapons and ammunition on Oct. 12. The report also contained secret footage, interviews with drivers who transported the militants and some Syrians, including a shopkeeper and a smuggler, who spoke on condition of anonymity. The report put the number of evacuated terrorists and family members at around 4,000.