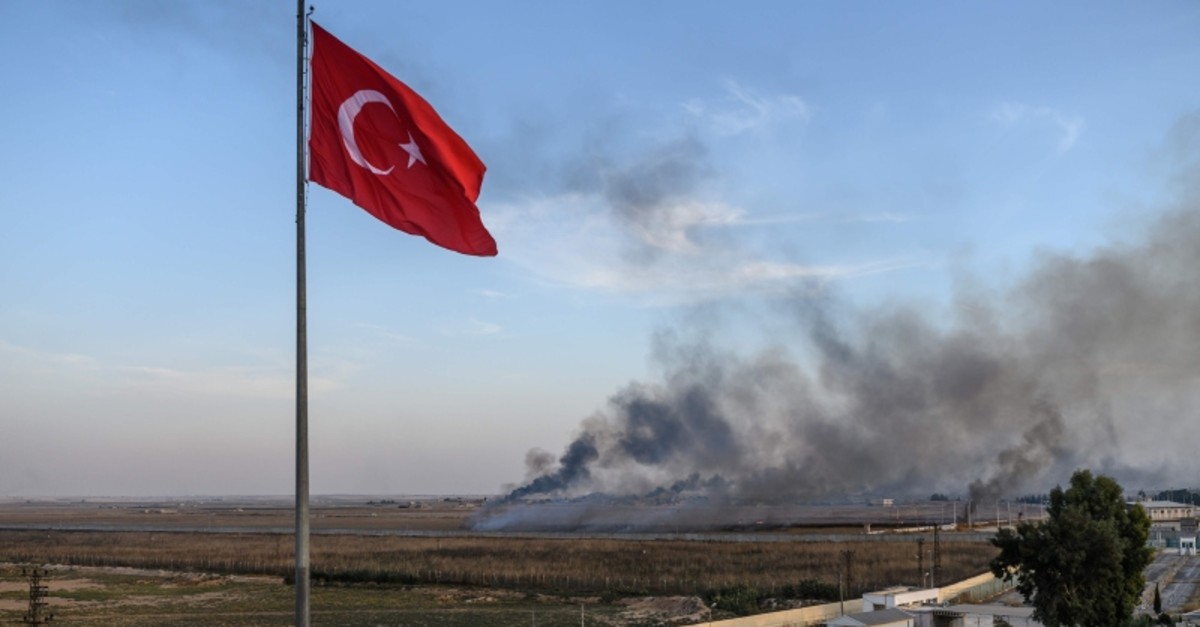 The Syrian Democratic Forces (SDF) said Sunday it agreed to re-deploy away from the Syria-Turkey border, in accordance with an agreement brokered by Russia in Sochi earlier this week.
The SDF, which is dominated by the People's Protection Units (YPG) terrorists, said forces loyal to regime of Bashar Assad will deploy along the border.
It called on Russia to guarantee starting dialogue between the Assad regime and the SDF in northeast Syria.
Earlier Sunday, one Turkish soldier was killed and five others were wounded in Syria's Ras al-Ayn region after a rocket and mortar attack by YPG terrorists, the Defense Ministry said.
The military was conducting reconnaissance work and responded in kind to the attack, neutralizing the terrorists the ministry said in a statement.
Turkey had agreed to suspend its Operation Peace Spring to allow the terrorist forces to withdraw from the safe zone along the border. Despite the agreement, there has been dozens of attacks by the YPG forces in Syria.
Turkey launched Operation Peace Spring, the third in a series of cross-border anti-terror operations in northern Syria targeting terrorists affiliated with Daesh and the PKK's Syrian offshoot the People's Protection Units (YPG), on Oct. 9.
The operation, conducted in line with the country's right to self-defense borne out of international law and U.N. Security Council resolutions, aims to establish a terror-free safe zone for Syrians return in the area east of the Euphrates River controlled by the U.S.-backed Syrian Democratic Forces (SDF), which is dominated by YPG terrorists.
The PKK — listed as a terrorist organization by Turkey, the U.S. and the EU — has waged a terror campaign against Turkey for more than 30 years, resulting in the deaths of nearly 40,000 people, including women, children and infants.
On Oct. 17, Ankara agreed to pause the operation following high-level talks with the U.S. as Washington promised to ensure withdrawal of YPG terrorists from the Turkish-Syrian border. On Tuesday, Turkey and Russia reached an agreement to establish a terror-free safe zone near the Turkish border in Syria.
Last Update: Dec 20, 2019 1:16 am
RELATED TOPICS