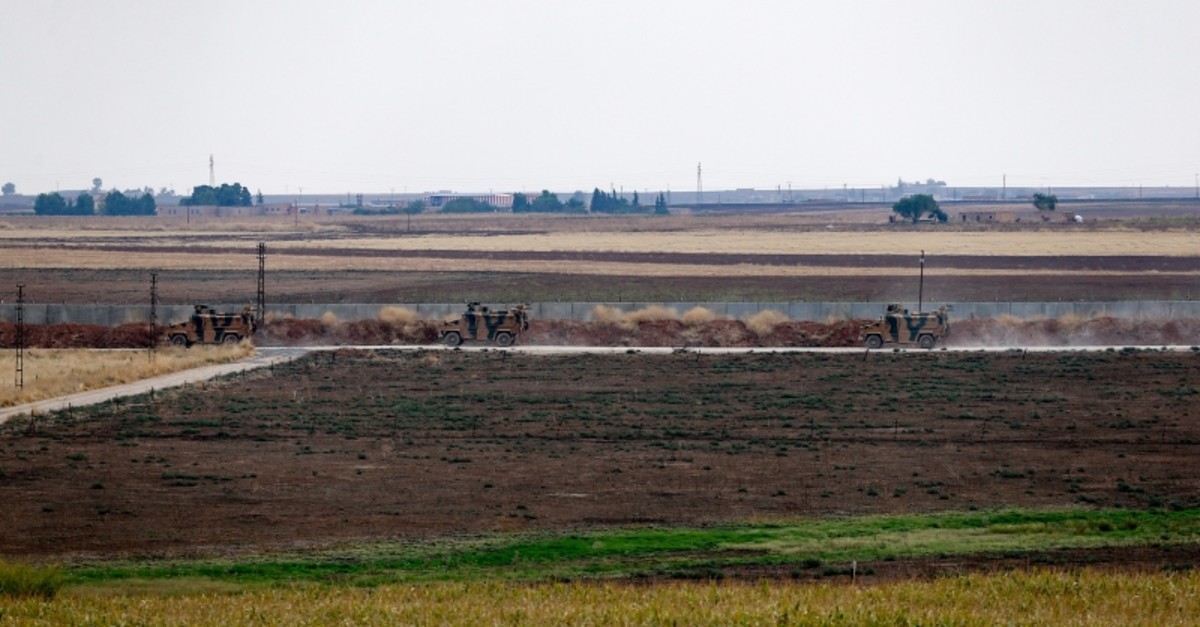 Turkish Armed Forces and the Syrian National Army (SNA), a rebel group that opposes the Syrian regime, are engaged in efforts to restore peace in the district of Ras al-Ayn.

The district was liberated from YPG/PKK terrorists on Oct. 12 during Turkey's Operation Peace Spring.

The security forces have defused a large number of IEDs as well as landmines planted in plastic cans.

Operation Peace Spring was launched on Oct. 9 to drive YPG terrorists away from Turkey's southern border with Syria and the area east of the Euphrates River. Besides securing Turkey's borders, the operation aims to create a safe zone for the repatriation of Syrian refugees and ensure the country's territorial integrity.

On Oct. 22, Turkey and Russia reached a deal under which YPG/PKK terrorists would pull back 30 kilometers south of Turkey's border with northern Syria within 150 hours and security forces from Turkey and Russia would conduct joint patrols there. The 150-hour deadline ended on Tuesday.

In its more than 30-year terror campaign against Turkey, the PKK has been responsible for the deaths of 40,000 people, including women and children. The YPG/PYD is the Syrian offshoot of PKK.