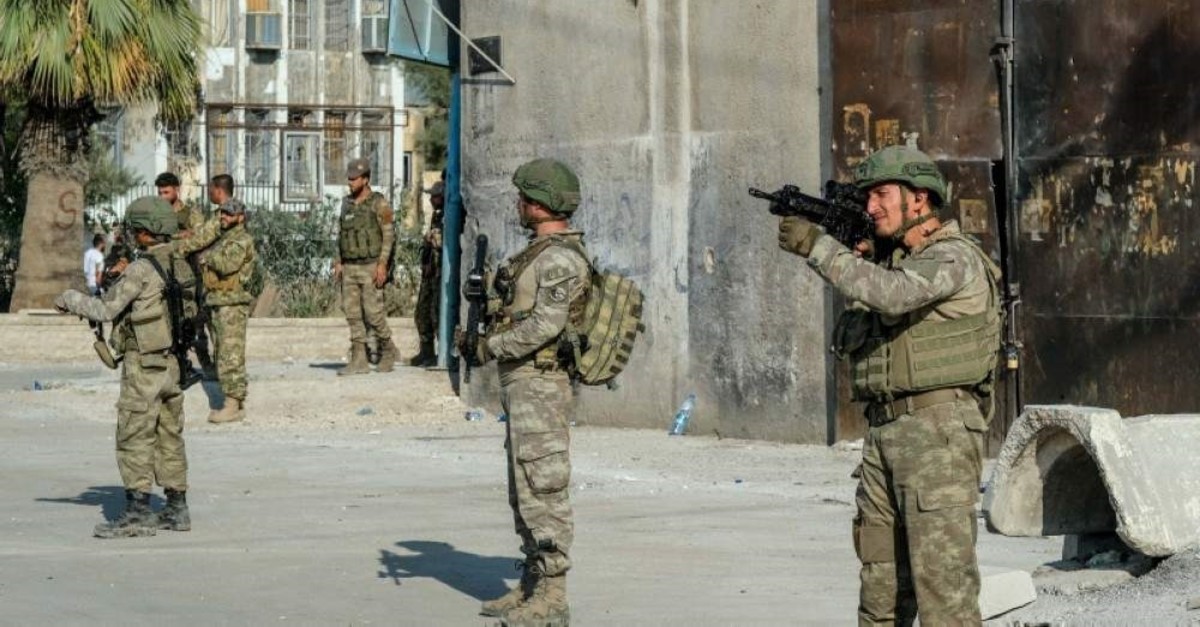 A total of 137 soldiers of the Syrian National Army (SNA) have been killed in attacks by the PKK-linked People's Protection Units (YPG) terrorists since the beginning of Turkey's ongoing military operation in northern Syria on Oct. 9.

The Turkish military and SNA continue security activities to uphold peace in the region.

President Recep Tayyip Erdoğan honored SNA soldiers during his ruling Justice and Development Party (AK Party) meeting on Oct. 30, saying SNA soldiers were killed with Turkish soldiers while they were trying to save and protect their homes. "This solidarity takes us to victory."

On Oct. 22, Ankara and Moscow reached a deal under which YPG terrorists will pull back 30 kilometers (18.6 miles) south of Turkey's border with Syria within 150 hours, and security forces from Turkey and Russia will mount joint patrols there.