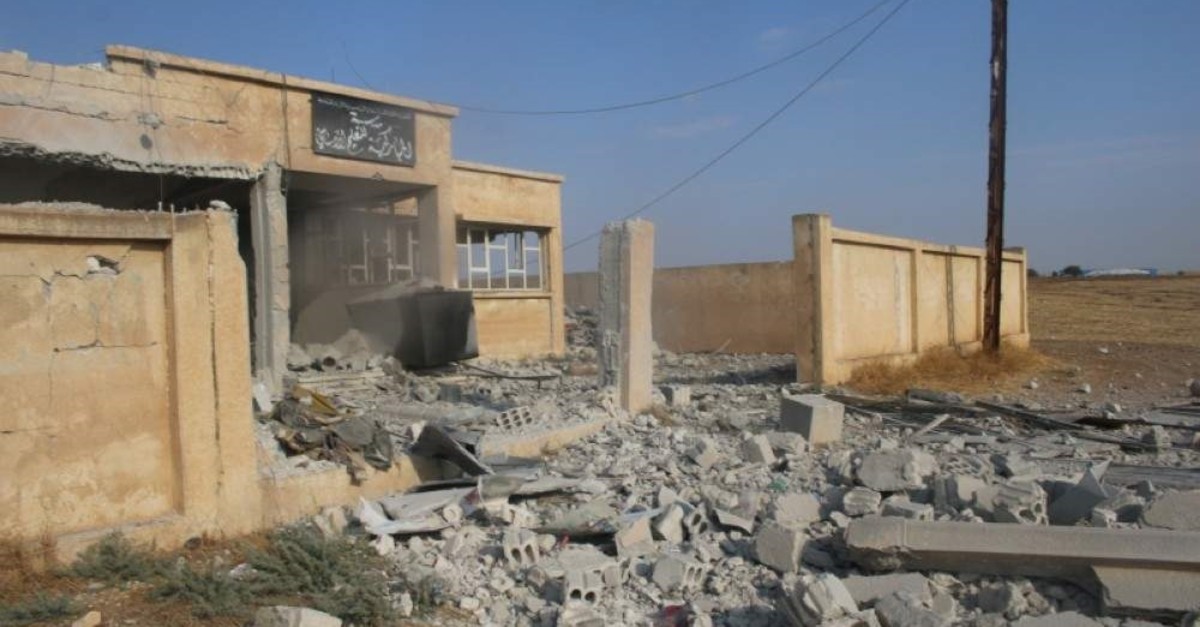 A school destroyed by YPG terrorists in Syria's Ras al-Ayn (IHA Photo)
by Anadolu Agency Nov 02, 2019 4:50 pm
A Kurdish member of Syria's Constitutional Committee said the PKK's Syrian wing the People's Protection Units (YPG) should withdraw from territories it has occupied.
"The PKK must leave our region. As Syrian Kurds, we aim to establish good relations with neighboring countries. It is not something that is in the interest of our people to enter a fight with Turkey," Abdelhekim Bashar, who attended talks for the Syrian constitutional committee in Geneva, told Anadolu Agency.
He said they support a dialogue between Turkey, the U.S. and Russia. "These agreements will positively affect the process of the Constitutional Committee."
Bashar underlined that Syria is not just an Arab country but it includes different ethnic elements.
"They have to accept that we are a part of this country, thus we can contribute to the development of the country," he said.
Bashar said the first thing to be changed should be the name of the country from the Syrian Arab Republic to Syria.
Bashar described the Bashar Assad regime's attitude during the process of creating a new constitution "provocative and stalling," but said the situation was not totally negative.
"So, we can say that there are serious parties who want a political solution. Russia is one of them."
The Constitutional Committee, made up of the opposition, civil society and regime representatives, is mandated within the context of a U.N.-facilitated Geneva process to prepare and draft reforms paving the way for a political settlement in Syria, to be held to popular approval.
In its more than 30-year terror campaign against Turkey, the PKK – listed as a terrorist organization by Turkey, the U.S. and the EU – has been responsible for the deaths of nearly 40,000 people, including many women, children and infants.
Last Update: Dec 20, 2019 1:24 am
RELATED TOPICS