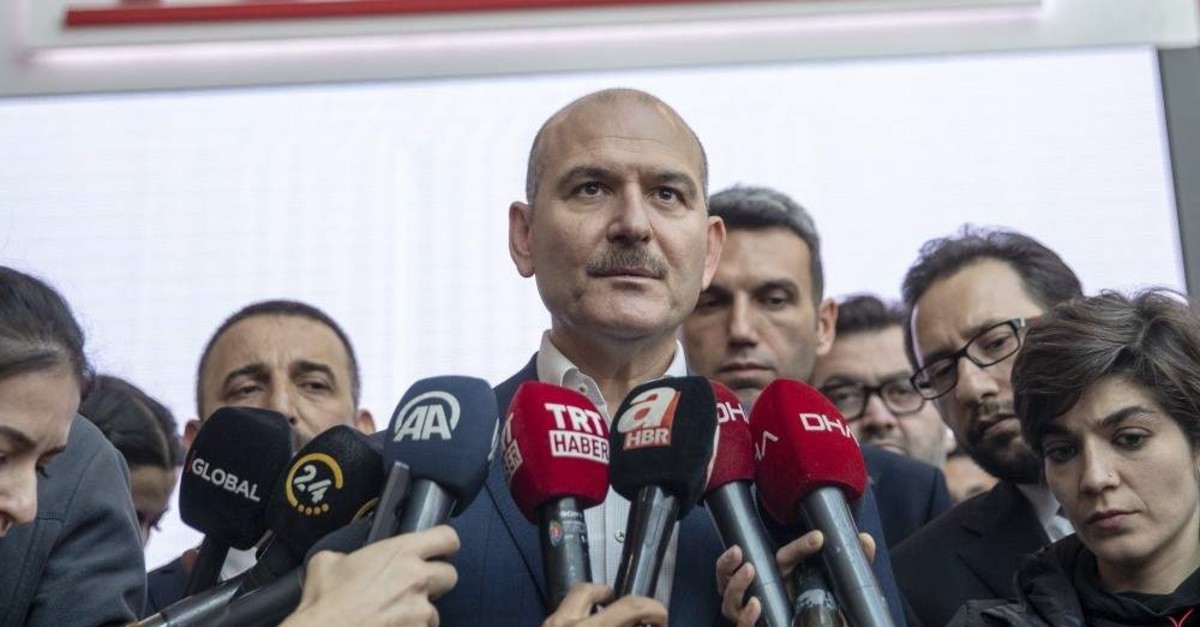 Interior Minister Su00fcleyman Soylu speaks to reporters at a technology fair at the ATO Congresium in Ankara on Saturday, Nov. 2, 2019 (AA Photo)
by Daily Sabah Nov 02, 2019 2:47 pm
Turkey is not a hotel for any country's terrorists and it will send all detained Daesh members back to their home countries, Interior Minister Süleyman Soylu said Saturday, as European countries continue to refuse to repatriate citizens who fought for the terrorist group in Syria.

"Countries can't just revoke the citizenship of such ex-terrorists and expect Turkey to take care of them; this is unacceptable to us and it's also irresponsible," Soylu told reporters.

He noted that the Netherlands was not the only country to revoke the citizenship of Daesh fighters, recalling that the U.K. and others have also followed similar paths to avoid taking responsibility.

Soylu's remarks follow reports that two female Dutch terrorists were detained after visiting the Dutch Embassy in Ankara, after having asked to be sent back to their homeland. The Netherlands has clearly stated that it does not want Daesh terrorists back.

Soylu also noted that Turkey has nabbed around 100,000 illegal migrants since January.

He also slammed Europe for adopting an "inhumane" migration policy for refusing to take in asylum seekers.

The number of Daesh terrorists released by the PKK's Syrian affiliate People's Protection Units (YPG) is said to be close to 750. 265 of those terrorists have surrendered and are now under the control of the Turkish army.
Last Update: Nov 03, 2019 1:15 pm
RELATED TOPICS