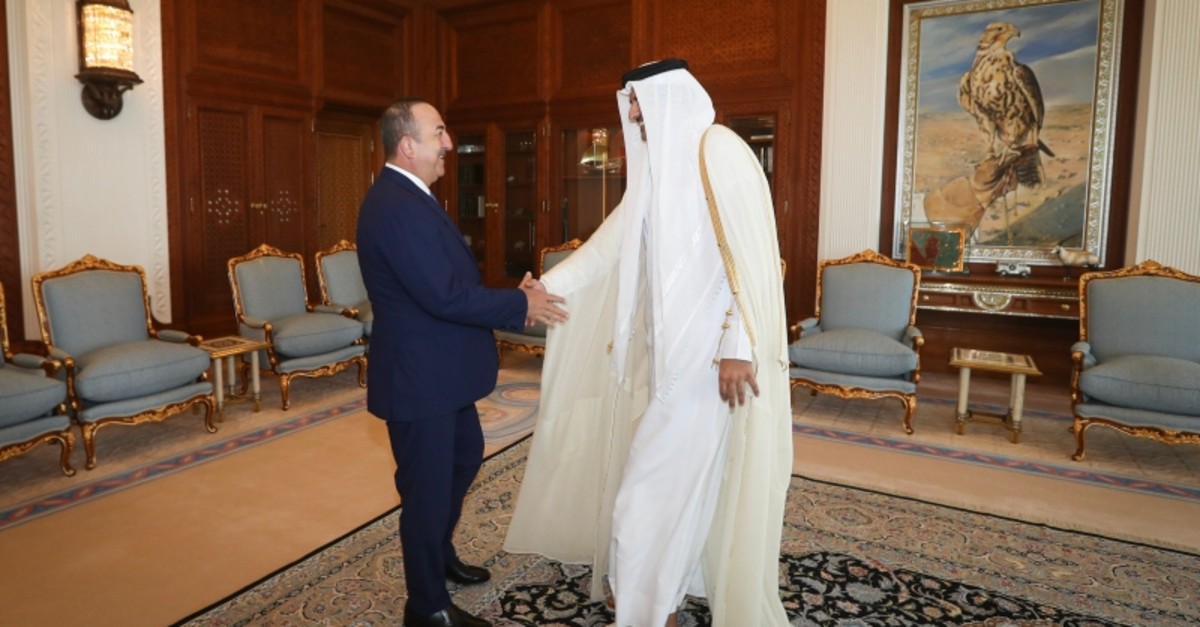 Çavuşoğlu said on Twitter on Sunday that he had met with Qatar's Emir Sheikh Tamim bin Hamad Al-Thani in Doha, conveying the greetings of President Recep Tayyip Erdoğan.

In the post, shared in English, Arabic and Turkey, Çavuşoğlu said he thanked the emir for “Qatar’s support to #OperationPeaceSpring,” referring to a recent phone call by the Qatari emir with Erdoğan to convey his support to Turkey's operation and its right to defend its border.

Al Arabiya quickly twisted the post into a claim that Turkey had received financial support from Qatar for its counterterrorism operation.

The news broadcaster said that Turkey did not mention the amount of money Qatar had given in support of the Turkish military, adding that Erdoğan had unsuccessfully sought financial support from European countries and the U.S.

Turkey launched Operation Peace Spring on Oct. 9 to eliminate terrorists from the area east of the Euphrates River in northern Syria in order to secure Turkey's borders, aid in the safe return of Syrian refugees and ensure Syria's territorial integrity. Operation Peace Spring was the third in a series of cross-border anti-terror operations in northern Syria targeting terrorists affiliated with Daesh and the PKK's Syrian branch People's Protection Units (YPG).

Some Arab League members, particularly Egypt, Saudi Arabia and the United Arab Emirates, blasted Turkey for the operation, labeling it an “invasion” and calling for its immediate end. All three countries have previously shown support for YPG terrorists, who also garnered the backing of the United States during its fight against Daesh terror group in Syria.

On Oct. 22, Turkey and Russia reached a deal under which YPG/PKK terrorists would pull back 30 kilometers (18.6 miles) south of Turkey's border with northern Syria within 150 hours and security forces from Turkey and Russia would conduct joint patrols there.