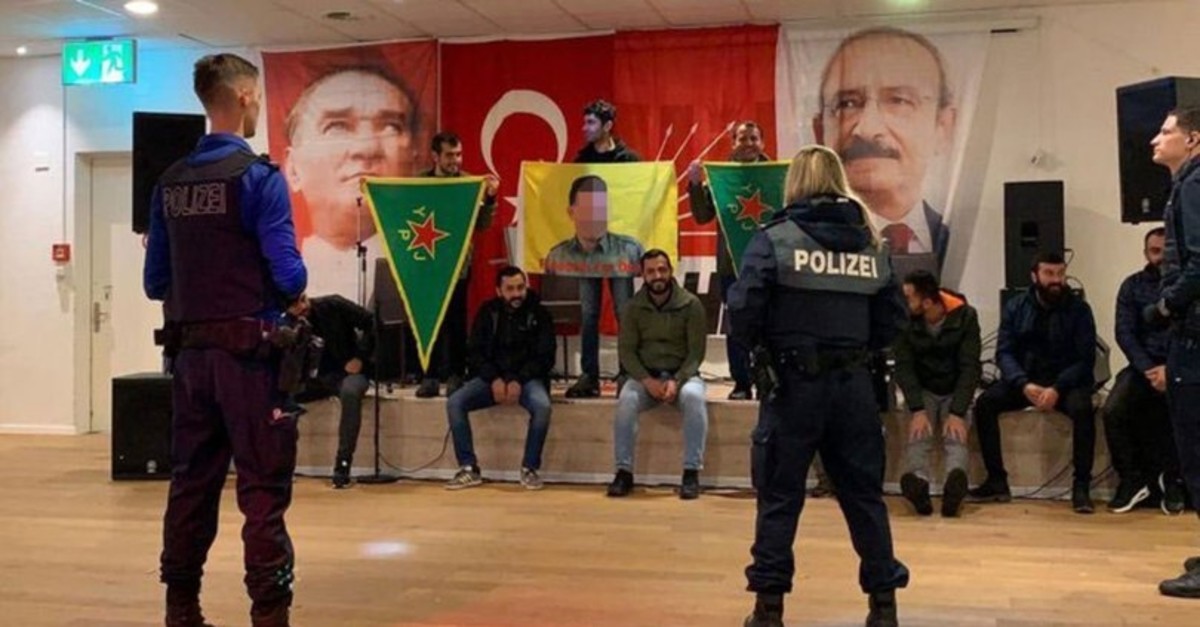 | DHA Photo
by Daily Sabah with AA Nov 04, 2019 10:52 am
Terrorist PKK supporters raided an event organized by the main opposition Republican People’s Party (CHP) in Switzerland, disturbing the peaceful atmosphere of the event held to mark Turkey’s Republic Day, reports said Monday.
Deputy Parliamentary Group Chair Engin Özkoç and the party’s Istanbul Chairwoman Canan Kaftancıoğlu arrived in the country upon the invitation of CHP Switzerland Association to attend the ceremony.
A group of PKK supporters arrived at the event hall in the Grenchen municipality in the canton of Solothurn and occupied the stand.
They opened a rag that bore a photograph of the terror group's ringleader, Abdullah Öcalan, and started to argue with CHP members.
Hundreds of CHP members were held outside of the hall as a security measure.
The event started with a delay after police officers took the pro-terror individuals out of the hall.
Organizers had to contact the police to drive out the terrorist supporters.
Turkey has long criticized the European authorities for tolerating PKK activities in the country and has pressured them to take stricter measures against the propaganda, recruitment and fundraising activities of the group.
The PKK, which is listed as a terrorist organization by Turkey, the U.S. and the EU, has waged a terror campaign against Turkey for more than 30 years and has been responsible for the deaths of nearly 40,000 people, including women and children.
Despite its status as a designated international terrorist organization, the PKK has enjoyed relative freedom in European cities and has a particularly strong presence in Germany.
Last Update: Dec 20, 2019 1:25 am
RELATED TOPICS