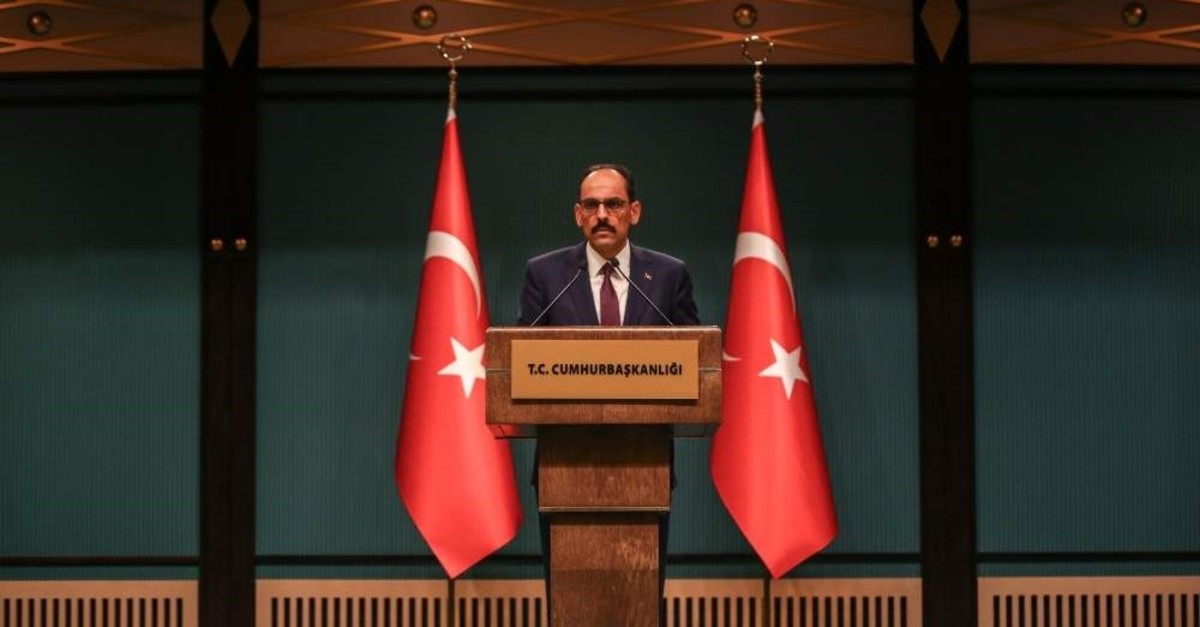 Speaking to reporters following a Cabinet meeting in the capital Ankara, Kalın said the YPG terrorists are attacking Turkish and SNA soldiers in areas of no conflict, even using churches as bases to launch attacks to provoke a counter-attack and later claim that Turkish forces are targeting minorities.

He added that Turkey expects its allies, including the U.S. and EU, to take a clear stance against all kinds of terror instead of providing the YPG with training and weapons and giving credit to the terror group’s lies and propaganda.

The U.S. has primarily partnered with the YPG in northeastern Syria in the anti-Daesh fight. Turkey strongly opposes the YPG's presence in northern Syria, which has been a major sticking point in strained Turkey-U.S. relations.

Kalın also said that the Operation Peace Spring has largely eliminated the YPG’s plans to establish a terror corridor in northern Syria and added that Turkey will continue to be alert.

Turkey launched Operation Peace Spring, the third in a series of cross-border anti-terror operations in northern Syria targeting terrorists affiliated with Daesh and the YPG, on Oct. 9.

The PKK – listed as a terrorist organization by Turkey, the U.S. and the EU – has waged a terror campaign against Turkey for more than 30 years, resulting in the deaths of nearly 40,000 people, including women, children and infants.