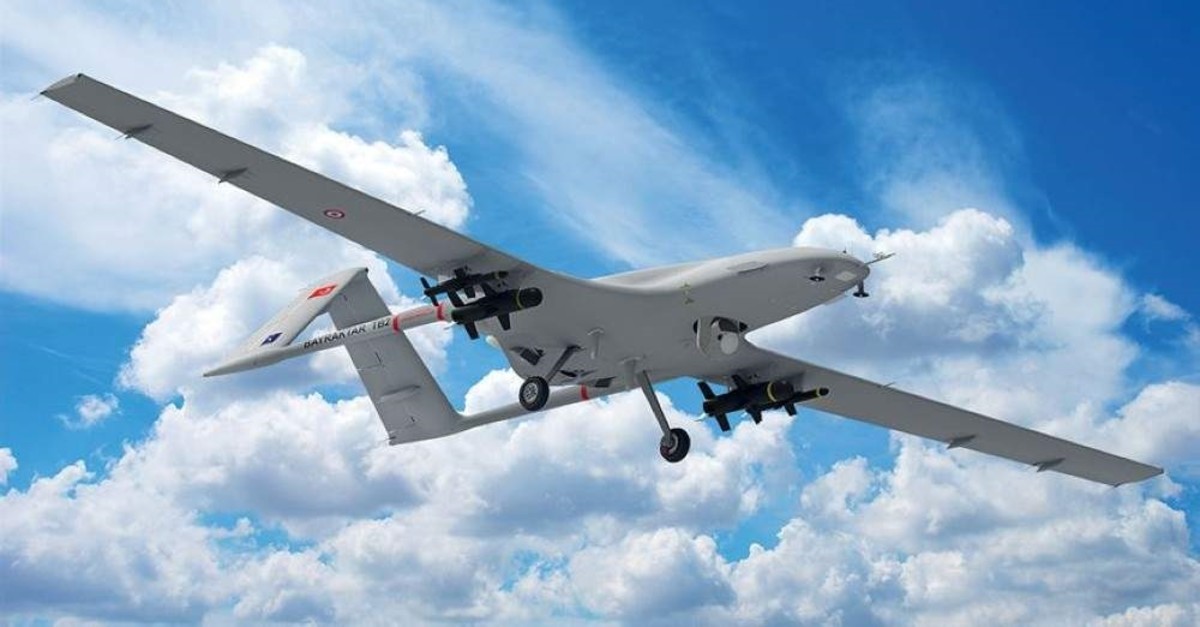 | AA File Photo
by Daily Sabah Nov 05, 2019 9:16 am
Turkish military neutralized five PKK terrorists using armored unmanned aerial vehicles (UAVs) in northern Iraq, the Defense Ministry said in a statement on Tuesday.
The terrorists were targeted in an operation in the Avaşin region, the ministry said, adding that operations will continue in the region.
Turkish authorities often use the term "neutralized" in statements to imply the terrorists in question surrendered or were killed or captured.
The PKK uses their bases in northern Iraq to carry out attacks against Turkey.
On May 27, Turkey launched Operation Claw against the PKK in the Hakurk region of northern Iraq. Operation Claw aims to prevent the infiltration of PKK terrorists onto Turkish soil from Hakurk and to spoil the settlement plans of militants in the area.
The Hakurk area facilitates terrorist crossings between Qandil and Iraq's Salahaddin province bordering Syria, where the PKK's Syrian offshoot, the People's Protection Units (YPG), controls the northeastern third of the country.
In its more than 30-year terror campaign against Turkey, the PKK -- listed as a terrorist organization by Turkey, the U.S. and the EU -- has been responsible for the deaths of some 40,000 people, including women and children.
Last Update: Dec 20, 2019 1:27 am
RELATED TOPICS