144 SNA troops killed in attacks by YPG terrorists in Syria 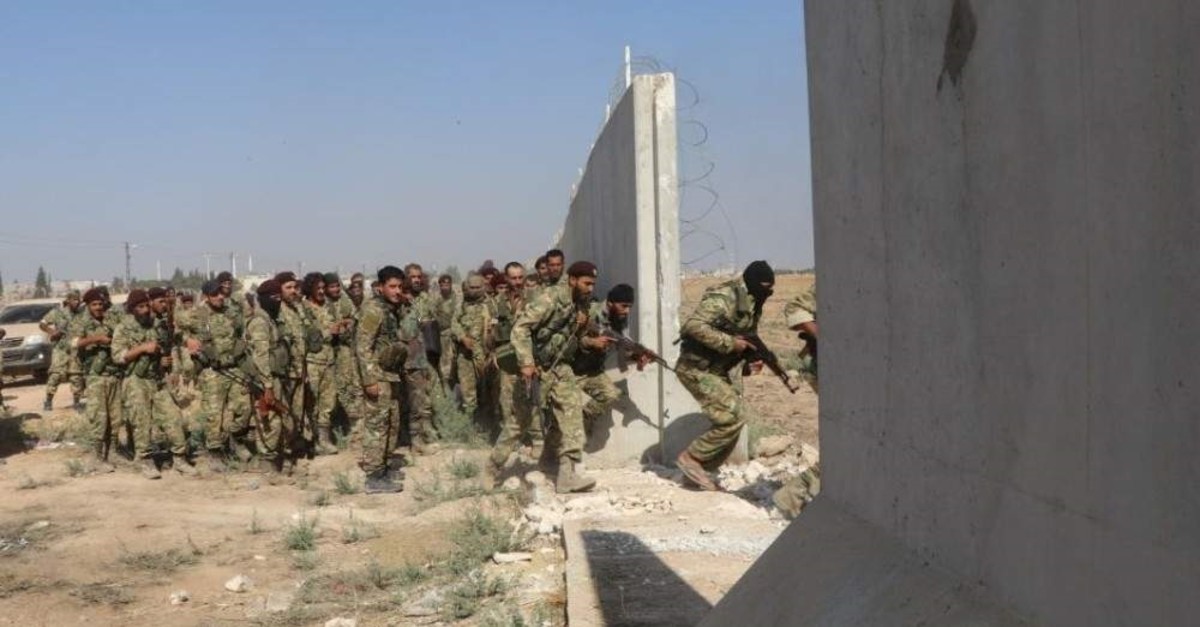 At least 144 soldiers of the Syrian National Army (SNA) have lost their lives in attacks by PKK's Syrian offshoot the People's Protection Units (YPG) since Turkey launched a military operation in northern Syria last month.

According to the SNA commanders in the field, a total of 557 SNA troops were wounded soldiers during Operation Peace Spring.

The Turkish army and SNA continue security operations to maintain peace in the region.

After the operation was paused, SNA soldiers have been holding the front lines around the northern Tal Abyad and Ras al-Ayn districts and destroying improvised explosives seized from terrorists.

Turkish President Recep Tayyip Erdoğan honored on the SNA soldiers, saying during his ruling Justice and Development (AK) Party's meeting on Oct. 30 that SNA soldiers are "mujahids who kill fear and death."

Erdoğan said: "They have been martyred with our soldiers while they were trying to save and protect their homes. This solidarity takes us to victory."

In its more than 30-year terror campaign against Turkey, the PKK -- listed as a terrorist organization by Turkey, the U.S. and the European Union -- has been responsible for the deaths of 40,000 people, including women, children, and infants. The YPG is the PKK's Syrian offshoot.