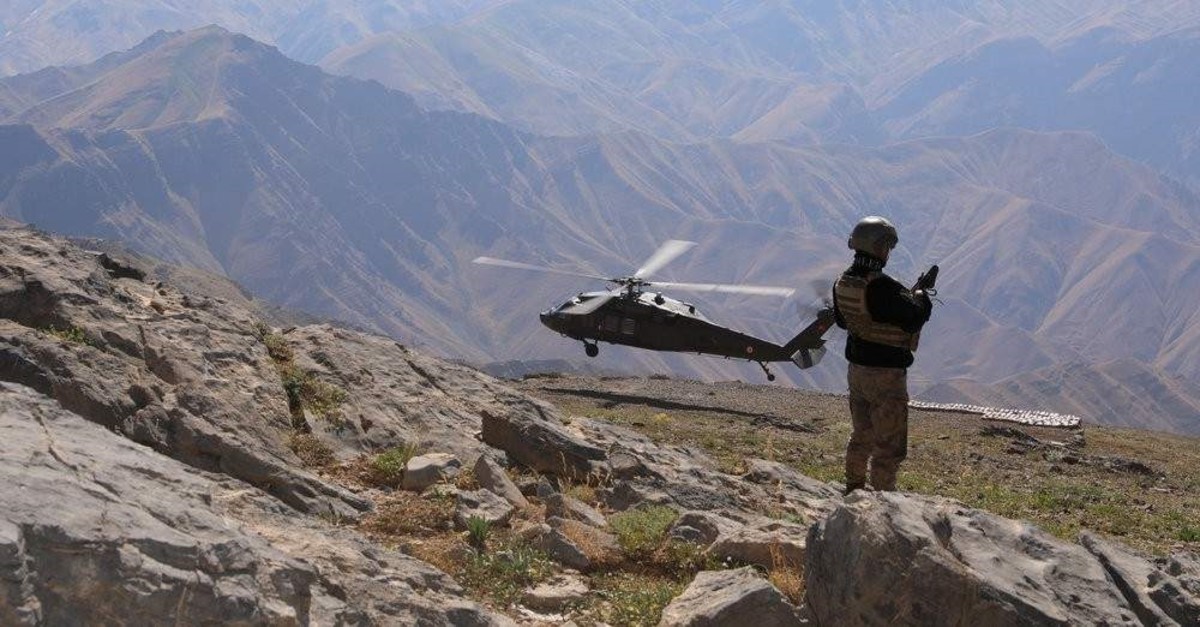 The Interior Ministry on Wednesday announced that 518 senior PKK figures have been killed since Sept. 1, 2016, as Turkey continues to target terrorists in extensive operations conducted both within the country and abroad.

According to information released by the Interior Ministry, 23 of these 518 senior figures are from the red category of the ministry’s most wanted list.

The wanted list is divided into five color-coded categories, with red flagging the most wanted, followed by blue, green, orange and gray, depending on the level of threat they pose to Turkey's national security.

As part of Turkey’s fight against terrorism, the Interior Ministry recently increased the reward money paid for tipoffs about senior leaders of terrorist groups to TL 10 million, more than doubling the remuneration. A new regulation regarding those who help uncover terror crimes or evidence or help authorities catch perpetrators allows the ministry to raise the bounty to TL 10 million in cases of major arrests. Currently, information leading to the capture of leaders or senior members of terrorist groups is awarded TL 4 million.

Eligibility for payment requires those paid not to be involved in the crimes themselves, providing tangible evidence and not being members of law enforcement or military or working as a paid informant. The bounty will not be paid if authorities already have critical information about the culprits that would eventually lead to their capture. The regulation also allows foreign nationals to qualify for the rewards. Informants will be paid separate sums for each wanted terrorist they help authorities capture.

Bounties will also be paid for those aiding in the capture of terrorists abroad, but payment depends on the condition that the terrorist is extradited to Turkey.

Turkish security forces regularly conduct counterterrorism operations in the eastern and southeastern provinces of Turkey, where the PKK has attempted to establish a strong presence and bases. The Turkish Armed Forces (TSK) also carries out cross-border operations in northern Iraq, a region where PKK terrorists have hideouts and bases from which to carry out attacks on Turkey.

The operations were intensified after July 2018 and have become routine since the beginning of another extensive campaign, Operation Claw, which was launched on May 27 to eliminate terrorist elements in northern Iraq.

On July 13, the TSK launched Operation Claw-2 as a follow-up to the successful Claw-1. Like the first, the second operation was also launched in northern Iraq's Hakurk region and aimed to continue to destroy weapon placements and shelters used by PKK terrorists.

A subsequent Operation Claw-3 was initiated on Aug. 23 in the Sinat-Haftanin region in northern Iraq. The operation was launched to facilitate border security, eliminate the presence of terrorists and destroy terrorist caves and shelters in the region.