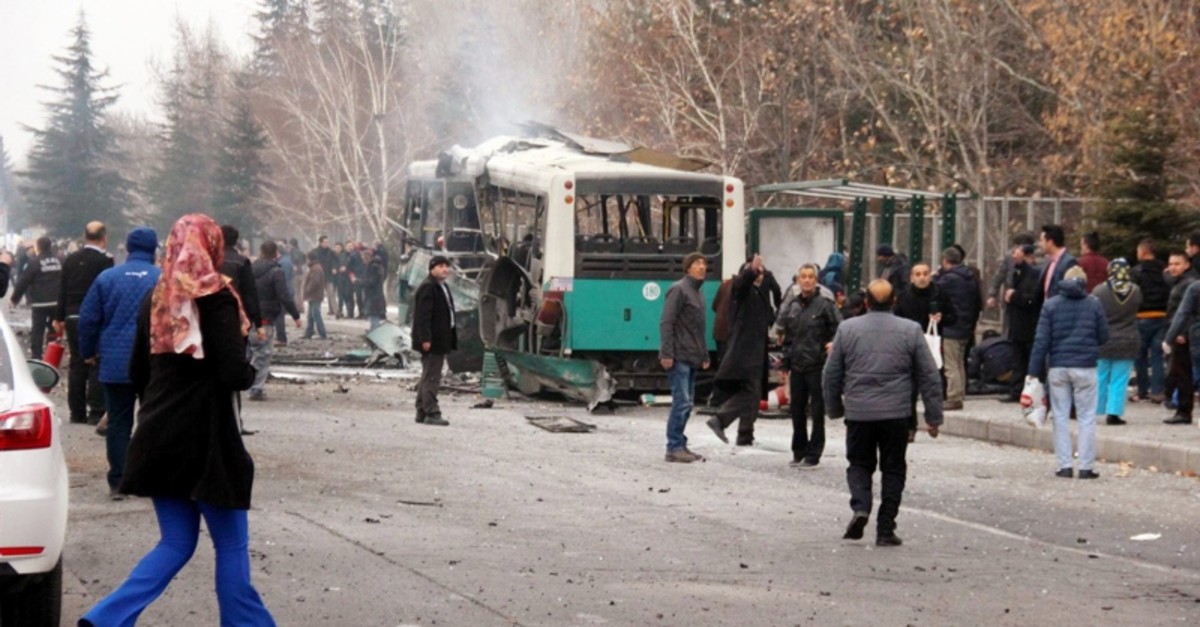 Two high-ranking PKK terrorists, who were on the Turkish Interior Ministry's red list of wanted criminals, have been killed in Diyarbakır, security sources said late Thursday.

The two terrorists, Hejar Çelik and İshak Özçaktu, were found to have ordered terrorist attacks against civilians in Ankara's Merasim Street and in the central Anatolian province of Kayseri.

Anti-terror operations in rural areas of southeastern Diyarbakır province have been ongoing since July 19.

Twenty-nine people were killed when a suicide bomber blew up his bomb-laden car next to shuttle buses carrying soldiers and civilians on Ankara's Merasim Street on Feb. 17, 2016, during the evening rush hour.

On Dec. 17, 2016, a PKK-linked suicide bomber killed 14 Turkish soldiers and wounded 56 civilians near Erciyes University in central Kayseri province. The Kurdistan Freedom Falcons (TAK), a terrorist group linked to the PKK, claimed the attack against the soldiers who are at times deployed to the country's volatile southeast where the PKK has been waging a campaign of violence.

TAK was behind a string of bombings in the country in 2016 and 2017, including one targeting riot police in Istanbul that left 46 people dead in December 2016 and a recent attempt to attack judges and prosecutors at a courthouse in the western city of Izmir which was thwarted by a policeman who was killed in a shootout with the terrorists.

In its more than 30-year terror campaign against Turkey, the PKK, listed as a terrorist organization by Turkey, the U.S. and the EU, has been responsible for the deaths of 40,000 people, including women and children.