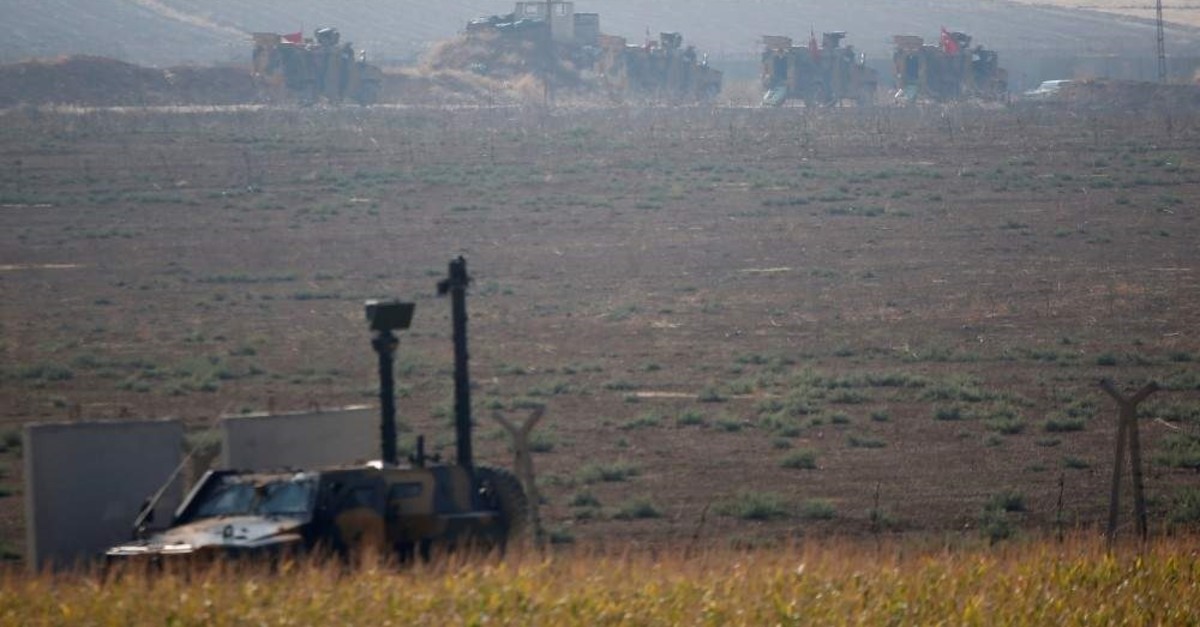 The PKK's Syrian offshoot the People's Protection Units (YPG) terrorists continue to launch attacks on the front lines of Turkey’s anti-terror operation zone, violating the deal commanding them to pull back 30 kilometers south of Turkey's border, according to reports by the Syrian National Army (SNA).
SNA sources reported that YPG/PKK terrorists launching harassment attacks against SNA soldiers have been holding the front lines around the northern Tal Abyad and Ras al-Ayn districts.

The reports said terrorists recaptured Bir Isa and Kantari villages in northern Syria and opened harassment fire on SNA soldiers, who are patrolling and holding security operations to uphold peace in the region.
An earlier statement by the Turkish Ministry of National Defense confirmed that the YPG terror group carried out 11 attacks, mostly with the use of mortars and anti-tank missiles in the past 24 hours in the safe zone areas.

Operation Peace Spring, was launched on Oct. 9 to eliminate terrorist YPG/PKK elements from northern Syria east of the Euphrates River in order to secure Turkey's borders, aid in the safe return of Syrian refugees and ensure Syria's territorial integrity.

On Oct. 22, Ankara and Moscow reached a deal under which YPG/PKK terrorists were to pull back 30 kilometers south of Turkey's border with Syria within 150 hours, and security forces from Turkey and Russia would mount joint patrols there.