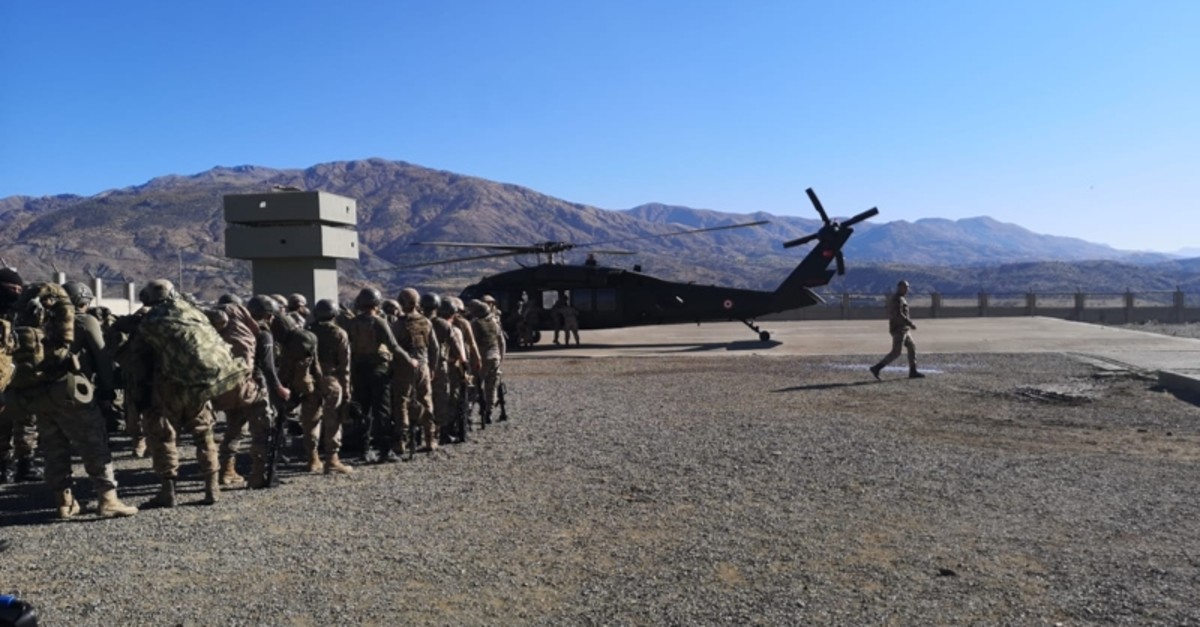 Turkey has launched a new counterterrorism operation against PKK terrorists in the eastern provinces of Diyarbakır, Bingöl and Muş, the Interior Ministry announced Friday.

Operation Kiran-5 will involve a total of 179 units and 2,625 military personnel, the ministry said in a statement.

The operation follows four early stages of the Kiran operations, the first of which was launched on Aug. 17 against PKK terrorists in the provinces of Van, Hakkari and Şırnak.

The Turkish Armed Forces (TSK) also carries out cross-border operations in northern Iraq, a region where PKK terrorists have hideouts and bases from which they carry out attacks on Turkey.

The operations were intensified after July 2018 and have become routine since the beginning of another extensive campaign, Operation Claw, which was launched on May 27 to eliminate the presence of the terrorist organization in northern Iraq.
On July 13, the TSK launched Operation Claw-2 as a follow up to the successful Claw-1.

On Friday, the Defense Ministry said Turkish forces neutralized four PKK terrorists in air-backed operations in northern Iraq. The operation in the Metina region will continue, the ministry added in a tweet.

Turkish authorities often use the word neutralized in their statements to imply that the terrorists in question either surrendered or were killed or captured.

Over 400 PKK terrorists have been neutralized in northern Iraq over the past four months, according to the ministry.