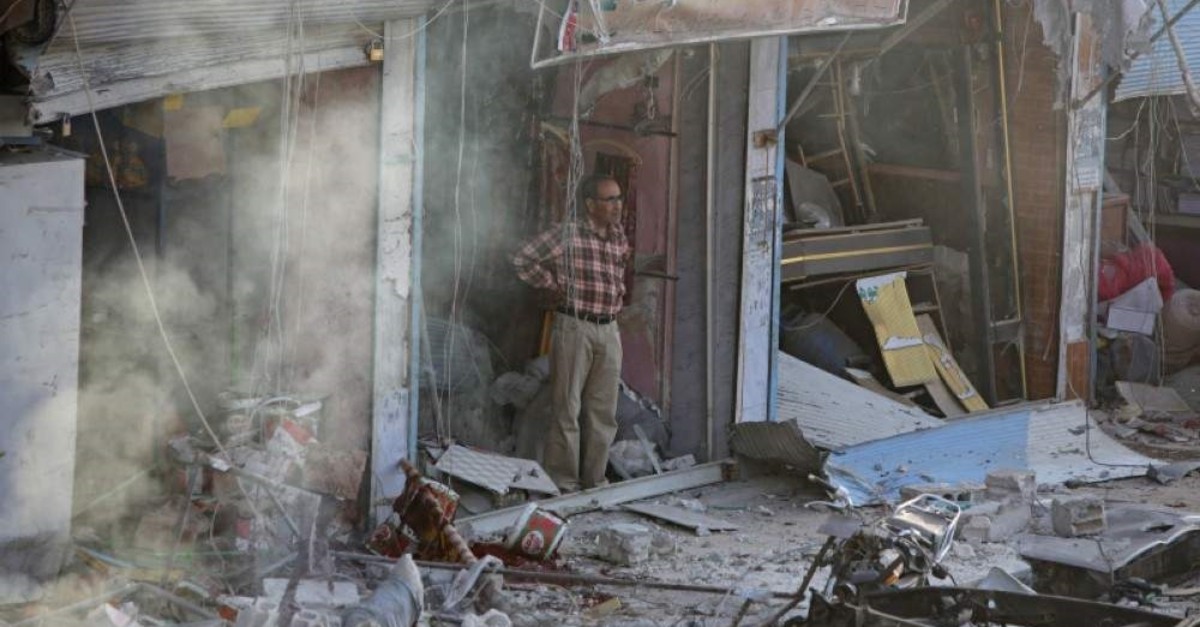 A Syrian man inspects the site of a car bomb explosion in Syria's Tal Abyad, on the border with Turkey, on Nov. 2, 2019. (AFP Photo)
by Anadolu Agency Nov 10, 2019 5:18 pm
Eight civilians were killed and at least 20 others wounded in a car bomb attack by YPG/PKK terrorists south of Tal Abyad in northern Syria, Turkey's National Defense Ministry said on Sunday.
"Innocent civilians have once again been slaughtered by murderous PKK/YPG terrorists. At least 8 civilians have been killed, more than 20 have been injured in an IED attack carried out by the terrorists in south of Tel Abyad," the ministry said on Twitter.
Tal Abyad and Ras al-Ayn were cleared of terrorists during Turkey's Operation Peace Spring — launched on Oct. 9 to eliminate terrorists from northern Syria east of the Euphrates River in order to secure Turkey's borders, aid in the safe return of Syrian refugees, and ensure Syria's territorial integrity.
Ankara wants YPG/PKK terrorists to withdraw from the region so that a safe zone can be created to pave the way for the safe return of some two million refugees.
On Oct. 22, Turkey and Russia reached a deal under which YPG/PKK terrorists would pull back 30 km (18.6 mi) south of Turkey's border with Syria, and security forces from Turkey and Russia would mount joint patrols there.
In its more than 30-year terror campaign against Turkey, the PKK — listed as a terrorist organization by Turkey, the U.S. and the European Union — has been responsible for the deaths of 40,000 people, including women, children and infants. The YPG is the PKK's Syrian offshoot.
Last Update: Dec 20, 2019 1:34 am
RELATED TOPICS