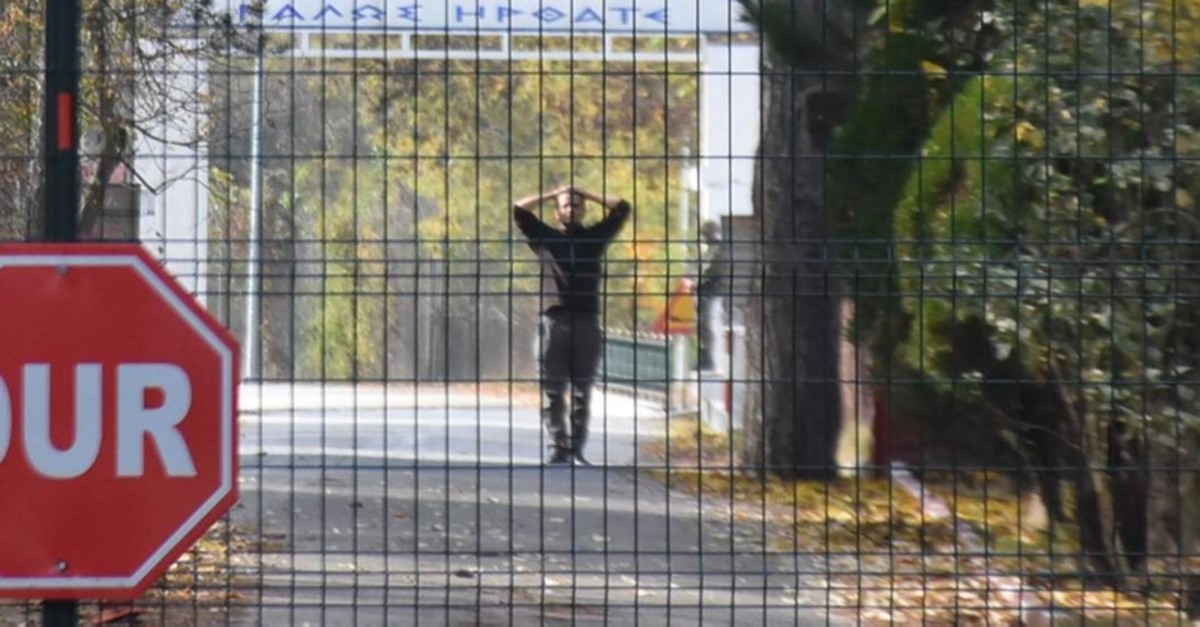 An American Daesh terrorist stranded on the Turkey-Greece border for the last four days will be sent to the U.S., the Interior Ministry said on Thursday.

The terrorist, a U.S. citizen of Jordanian descent, was deported from Turkey on Monday from the Pazarkule Border Gate on the border with Greece. Since he was not initially admitted by the U.S., his country of origin, he was deported to a country of choice, which was Greece. As Greek authorities also refused to take the terrorist in, he was left stranded in the buffer zone between the two countries.

A written statement released by the ministry said the necessary procedures were launched after the U.S. guaranteed that the terrorist would be admitted into the U.S. and a travel document was to be prepared.

Meanwhile, the ministry also said Thursday that eight foreign terrorist fighters — one U.K. national and seven German citizens — were being deported from Turkey.

The issue of repatriating citizens who fought for Daesh in Syria remains a divisive problem in Europe, with many countries refusing to accept the terrorists, while Ankara is determined to send the foreign fighters back to their countries of origin.

Turkey has criticized Western countries for refusing to repatriate their citizens who left to join Daesh in Syria and Iraq, and stripping some of them of their citizenship. Although the 1961 New York Convention made it illegal to leave people stateless, several countries including France have not ratified it, and recent cases have triggered prolonged legal battles. The U.K. alone has stripped more than 100 people of their citizenship for allegedly joining terrorist groups abroad.

President Recep Tayyip Erdoğan said on Friday that there are 1,201 Daesh terrorists in Turkish prisons, while Turkey has also captured 287 fighters in Syria.