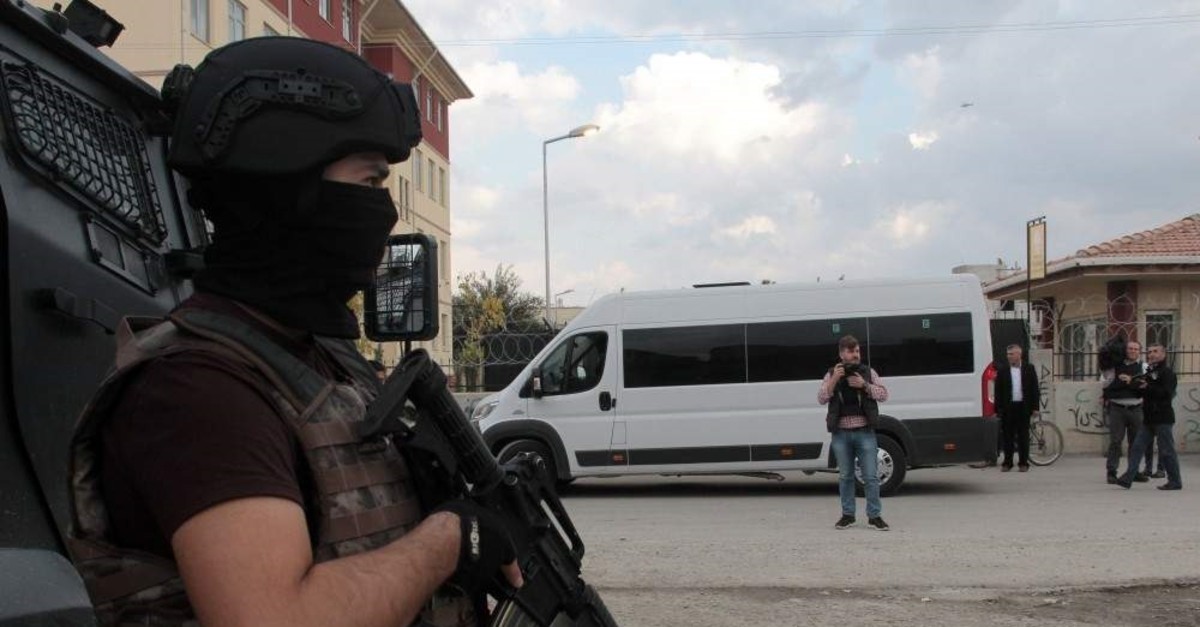 | IHA Photo
by Daily Sabah Nov 14, 2019 2:26 pm
Turkish police detained a wanted al-Qaida terrorist in an operation in Istanbul, reports said Thursday.
Police launched an investigation upon receiving intelligence that the terrorist identified as Mevlüt Cüşkün illegally entered Turkey after participating in terrorist activities in Syria.
The terrorist was detained in a raid conducted in Istanbul’s Başakşehir district, reports said.
Cüşkün was listed in the orange category of the Interior Ministry’s wanted list.
The Interior Ministry's wanted list is divided into five color-coded categories, with red marking the most wanted, followed by blue, green, orange and gray, depending on the sensitivity of their criminal activity.
Turkey has been carrying out extensive anti-terror operations at home and abroad to capture terrorists.
Al-Qaida linked groups are active in Syria where the ongoing civil war led to the rise of Daesh, another terrorist group with a similar ideology.
Last Update: Dec 20, 2019 1:41 am
RELATED TOPICS