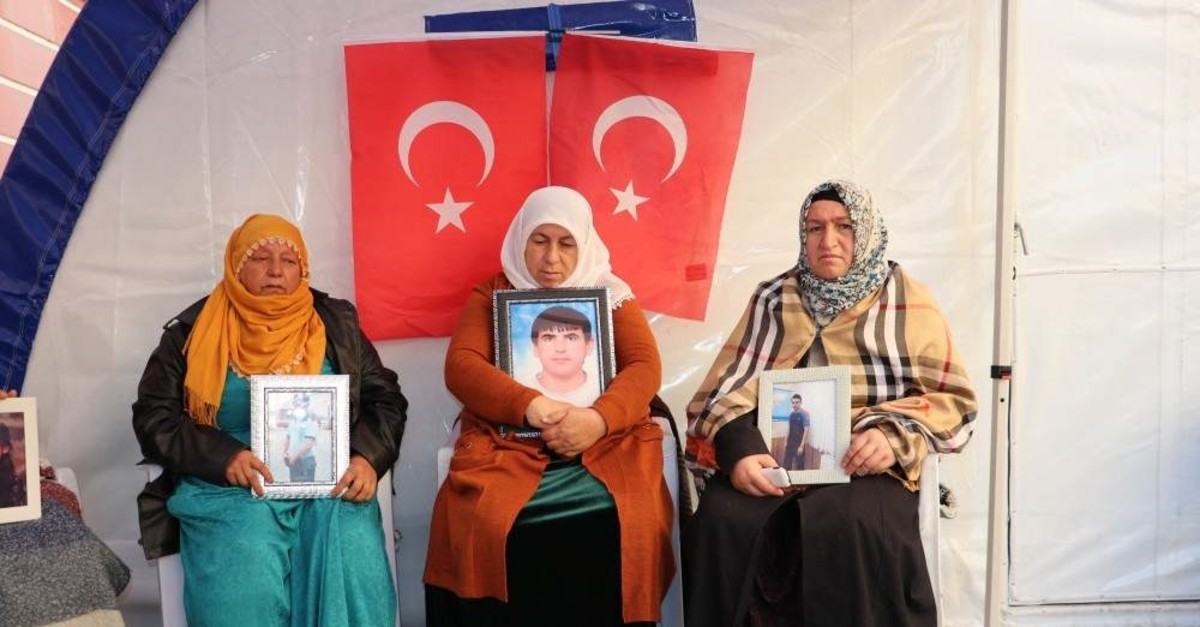 Mothers hold pictures of their children abducted by the PKK terrorist group during a sit-in protest at the pro-PKK Peoples' Democratic Party (HDP) headquarters in Diyarbak?r, Nov.16, 2019. AA
by Daily Sabah with DHA Nov 17, 2019 8:40 pm

As Kurdish families continue their struggle to have their voices heard, the Interior Ministry has rolled up its sleeves, urging the abducted children to surrender and return to their families