Turkey to launch op if YPG terrorists not cleared from N Syria: FM 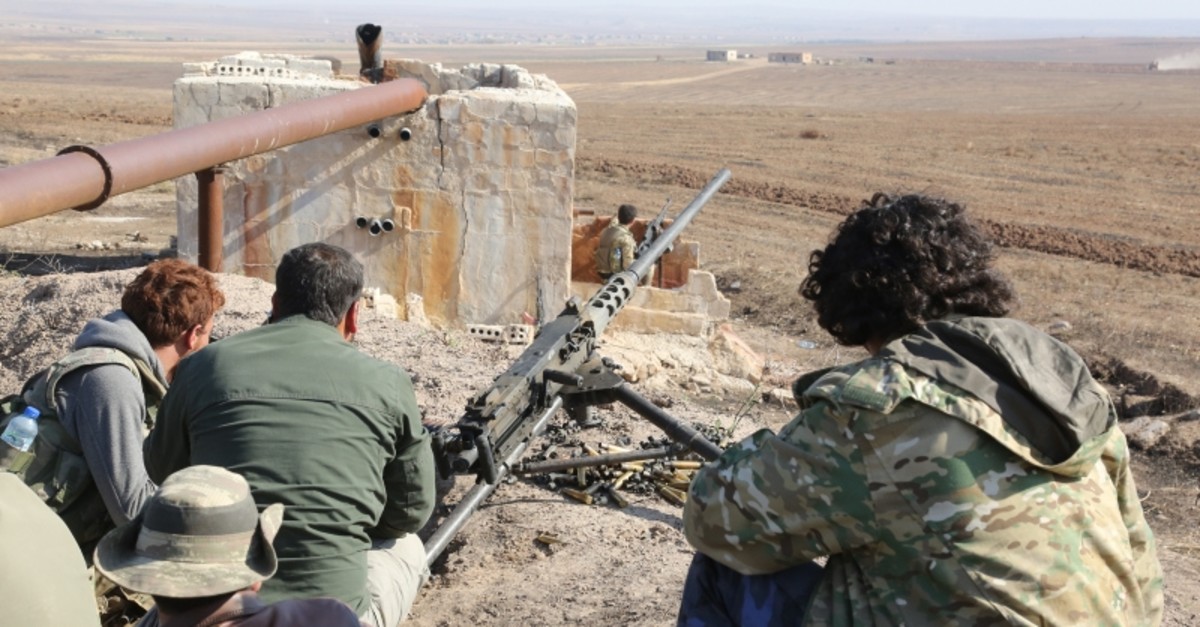 Foreign Minister Mevlüt Çavuşoğlu said Monday that Ankara would launch an operation in northeastern Syria if the area was not cleared of PKK-affiliated People's Protection Units (YPG) terrorists.
Çavuşoğlu said the United States and Russia have not done what was required under agreements that halted Turkey's operation against the YPG terrorists in northeastern Syria last month.
"Have they fulfilled whatever was necessary under the agreements? No, they have not until now. But they should," Çavuşoğlu told members of the Turkish parliament's planning and budget committee.
The deal stipulated that the YPG, the Syrian affiliate of the internationally recognized terror group PKK, would be removed from a swathe of land bordering Turkey in northeastern Syria.
"If we do not achieve any result, as we had started the operation (before) ... we will do whatever is necessary (in northern Syria)," he said.
Çavuşoğlu noted that Turkey has no other solution besides clearing the region of all terror groups.
"We should definitely clear the terror threat just next to us (in northern Syria)," he added.
Meanwhile, Çavuşoğlu said Turkey had informed the Assad regime before the anti-terror operation in northern Syria.
"In this notification, we stressed that we respect the territorial integrity of Syria," he said.
Since 2016, Turkey has carried out three major military operations in northern Syria – Euphrates Shield, Olive Branch and Peace Spring – with the aim of purging the region of terrorist groups.
Turkey on Oct. 9 launched Operation Peace Spring to eliminate YPG terrorists from northern Syria east of the Euphrates River in order to secure Turkey's borders, aid in the safe return of Syrian refugees and ensure Syria's territorial integrity.
Ankara wants YPG terrorists to withdraw from the region so that a safe zone can be created to pave the way for the safe return of some 2 million refugees.