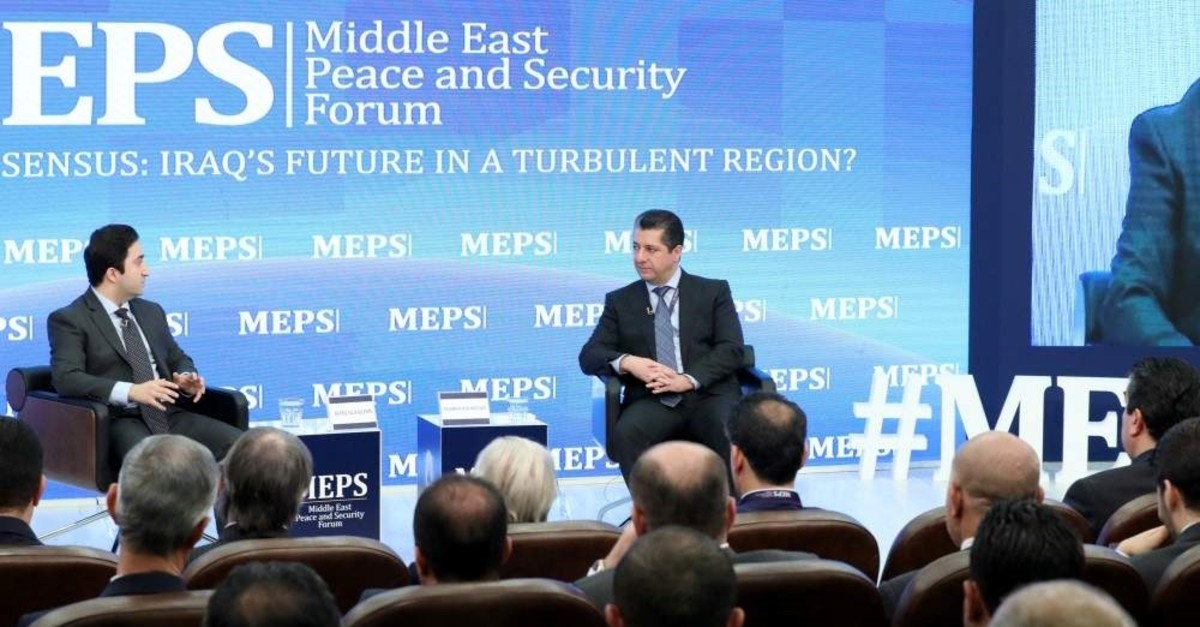 Barzani’s comments came at the Middle East Peace and Security Forum held at the American University of Kurdistan in the northern city of Duhok, where the KRG prime minister discussed various regional threats including the PKK and Daesh.

Answering a question regarding Turkey’s airstrikes targeting PKK terrorists in Sinjar district of Mosul province, Barzani said: “... those who want Turkey not to bomb the region should not give any excuses to Turkey.”

Barzani underlined that PKK is Turkey’s target in Sinjar. “Why these people (the PKK) are in Sinjar? In the end, it is the people of Sinjar who are paying the price. Because these are happening due to the presence of some elements who come to Sinjar from outside and are not supposed to be there.”

In mid-2014, the PKK managed to establish a foothold in Sinjar on the pretext that it was protecting the local Yazidi community from the atrocities of Daesh, which managed to capture almost one-third of Iraqi territory in the country's central and northwestern regions, including its second-largest city Mosul. Since then, the PKK has reportedly established ground in Sinjar, a strategic mountain area overlooking the Nineveh Plain, as a new base for its logistical and command-and-control activities. The area is also located in the midway between PKK camps in northeast Iraq and areas controlled by its offshoot, the People's Protection Units (YPG), in northeast Syria.

Sinjar falls within areas disputed between Baghdad and Irbil according to Article 140 of the Iraqi constitution.

The Turkish government has repeatedly called on the Iraqi government to eradicate the PKK threat in Sinjar, warning that Turkey will exercise its rights and launch a cross-border operation in the area. Turkish warplanes have also conducted several airstrikes on PKK positions located in the district starting in 2017, along with other areas in northern Iraq controlled by PKK near the border with Turkey.

Daesh terrorists also continue to pose a serious threat in the region, Barzani noted. “Daesh was not defeated. Daesh lost territory but its ideology was not entirely removed,” he said.

The prime minister added that Daesh still has thousands of sympathizers in Iraq and Syria, and the issue requires more than just military means.