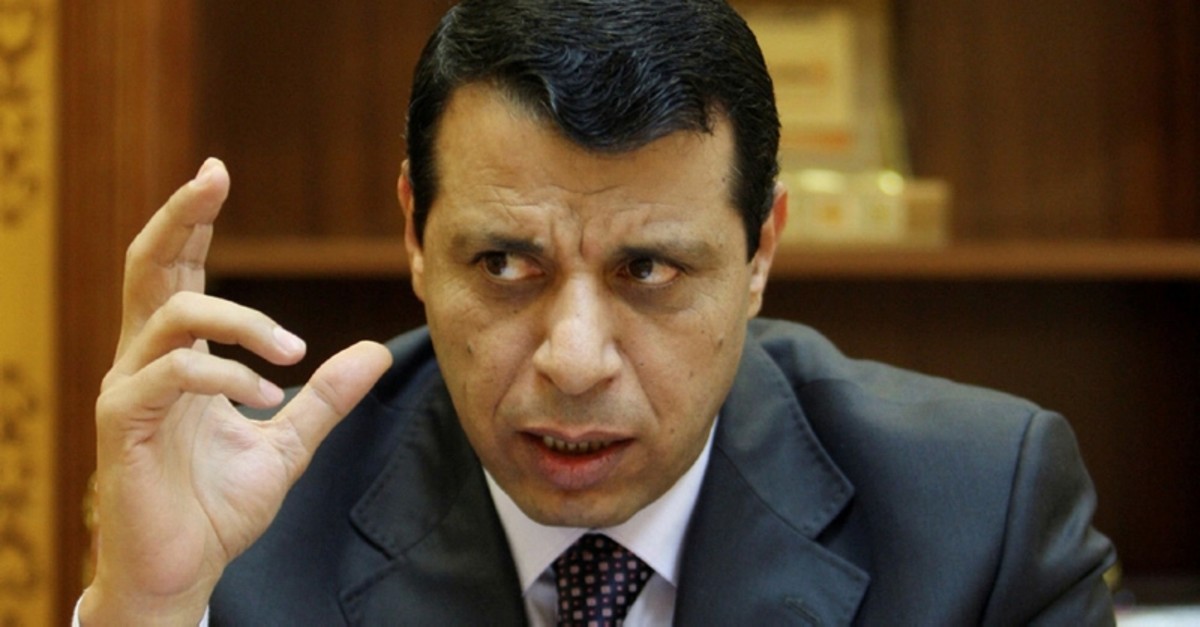 | AFP File Photo
by Daily Sabah Nov 22, 2019 5:04 pm
Turkey issued a red notice for Mohammed Dahlan over his role in the Gülenist Terror Group (FETÖ) and the July 15 coup attempt, with a TL 4 million bounty on his head.
With the notice, Dahlan is now on the country's wanted list and among its most sought criminals. The list is divided into five color-coded categories, with red flagging the most wanted, followed by blue, green, orange and gray, depending on the level of threat they pose to Turkey's national security.
Earlier today, Interior Minister Süleyman Soylu said that Turkey’s fight against the FETÖ will include some foreign nationals who have been involved in the coup attempt, such as Dahlan himself, who is a Palestinian national working for the United Arab Emirates.
Dahlan is accused of transferring funds to FETÖ, the group that orchestrated the coup attempt on July 15, 2016.
As part of Turkey's fight against terrorism, the Interior Ministry recently increased the amount of rewards paid for tipoffs about senior leaders of terrorist groups to TL 10 million, more than doubling the remuneration. A new regulation regarding those who help uncover terror crimes or evidence or help authorities catch perpetrators allows the ministry to raise the bounty to TL 10 million in cases of major arrests. Currently, information leading to the capture of leaders or senior members of terrorist groups is awarded TL 4 million.
FETÖ and its U.S.-based leader Fetullah Gülen orchestrated the defeated coup, which left 251 people killed and nearly 2,200 injured.
FETÖ was also behind a long-running campaign to overthrow the legitimate state apparatus, through infiltration into Turkish institutions, particularly the military, police and judiciary.
Last Update: Dec 20, 2019 1:52 am
RELATED TOPICS