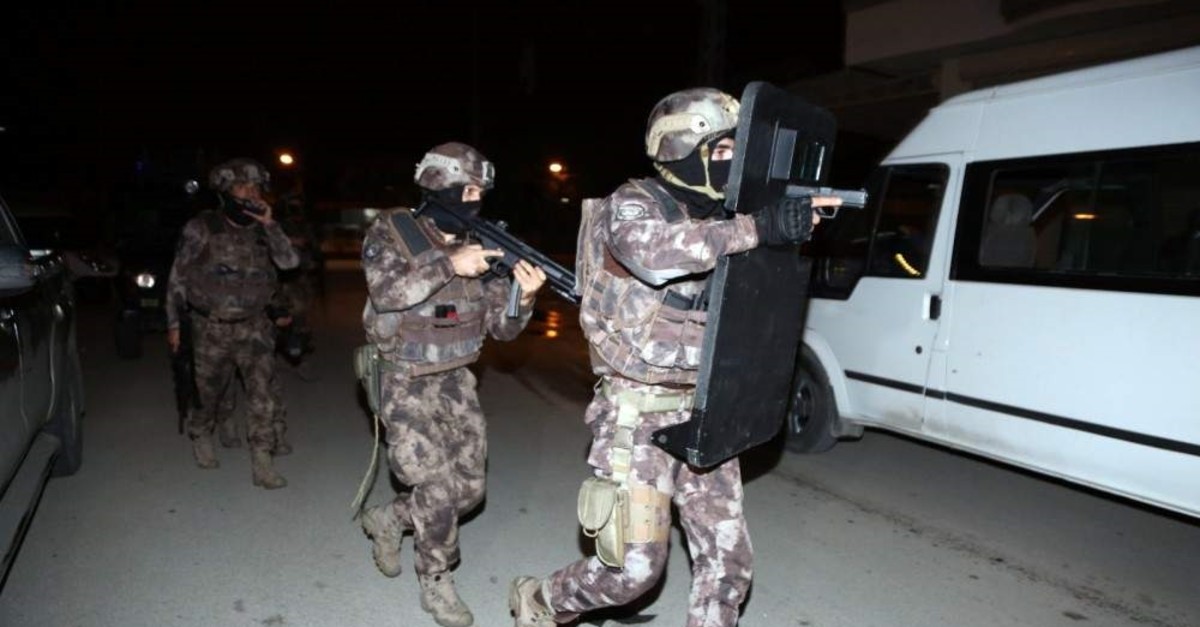 | Sabah File Photo
by Daily Sabah with AA Nov 22, 2019 6:28 pm
Turkish intelligence and security forces seized recruitment lists containing the names of Daesh operatives and their nationalities in a counterterror operation targeting the terrorist group in southern Turkey.
The operation was launched by Mersin's Chief Public Prosecutor's Office to capture a Syrian suspect.
The suspect was arrested in the Tarsus district. Police confiscated thousands of folders and digital data, including lists of Daesh operatives, in the operation.
He was reportedly transferred to the court along with 13 other Daesh suspects who were detained on Nov. 14.
Police investigation revealed that there were names of 3,846 individuals who joined the terrorist group from 81 countries.
There were 700 recruits from Saudi Arabia, 650 from Tunisia and around 400 from Morocco.
There were also around 300 suspects from European countries, including Germany and Spain.
Police continue to analyze the data obtained during the operation, reports said.
Turkey has been actively conducting counterterrorism operations against Daesh since 2016. Since then, 4,517 of the 13,696 suspects detained in 4,536 operations have been arrested. Over the course of the operations, 1,018 terrorists were either killed, injured or surrendered. In order to apprehend Daesh suspects, 64 risk analysis units that include experts on terrorism and intelligence were formed across the country. The units regularly monitor suspects that operate within their region, as well as all other developments regarding the terrorist group, both within and outside the country.
Turkey has deported more than 5,000 Daesh suspects and 3,290 foreign terrorists from 95 different countries in recent years while dismantling terror cells and safe houses providing logistical assistance to the terrorist group in Syria and Iraq or plotting attacks inside the country.
The country's efforts against Daesh made it a primary target for the terrorist group, which carried out numerous gun and bomb attacks targeting security forces and civilians, including the country's deadliest terror attack, which killed 102 people and wounded 400 others in a twin suicide bombing at a rally in capital Ankara on Oct. 10, 2015.
Last Update: Dec 20, 2019 1:52 am
RELATED TOPICS