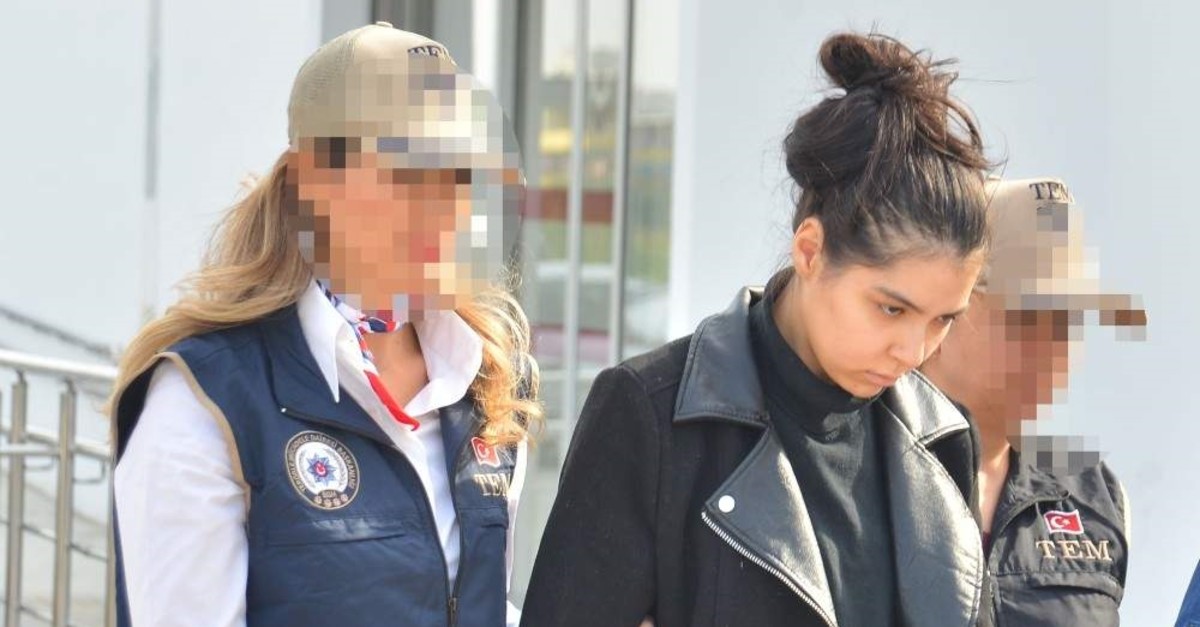 French national Anissa Laarousssi with police officers in southern Adana province, Nov. 26, 2016. (DHA Photo)
by Anadolu Agency Nov 26, 2019 12:48 pm
Turkish anti-terror police arrested a French woman who was allegedly trying to join the Daesh terror group in the southern province of Adana, security sources said Tuesday.
Anissa L., 21, who reportedly flew from France to Istanbul before arriving in Adana province by bus, was arrested at a hotel she was staying at as part of the operation. The suspect allegedly aimed to cross the border into Syria from the southern province of Hatay to join up with the terror group, sources added.
In testimony to the police, the suspect said she had come to the province for touristic purposes. The French citizen was later repatriated to her country.
Turkey has so far deported 7,500 Daesh members, President Recep Tayyip Erdoğan said in early October, adding that 1,149 Daesh terrorists were being held in Turkish prisons. Since Turkey recognized Daesh as a terrorist group in 2013, the Turkish state has been attacked by the group numerous times, including 10 suicide bombings, seven bombings and four armed attacks that killed 315 people, including police officers and soldiers, and injured hundreds. In response to the attacks, Turkey has launched anti-terror operations at home and abroad, eliminating 3,500 Daesh terrorists and arresting 5,500.
Last Update: Dec 20, 2019 1:56 am
RELATED TOPICS