EP calls on European countries to take back Daesh children 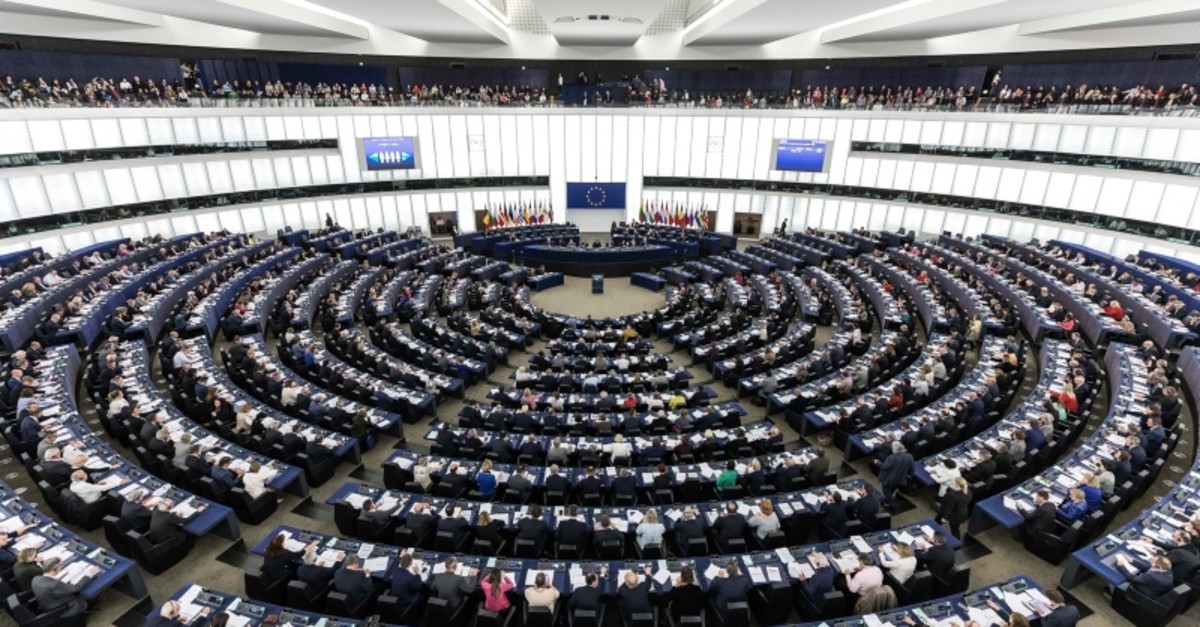 | AP File Photo
by Daily Sabah Nov 27, 2019 2:23 pm
The European Parliament called for EU countries to allow for the return of the children of foreign Daesh fighters with EU nationalities on Tuesday.
The EP General Assembly took a vote on children's rights, combatting exploitation, forced marriage and sexual abuse, in which support was given for the repatriation of the children of Daesh terrorists with 495 votes for, and 58 against. The Parliament agreed that these children should be brought back to their origin countries.
“Concerning the children of foreign terrorist fighters held in northeast Syria, the resolution urges all EU countries to repatriate all children with EU nationalities, taking into account their specific family situation,” the Parliament expressed.
Condemning all types of violence against the children, the decision also called for the member states to come up with new strategies to prevent all types of child abuse. It also highlighted that when it comes to the refugees and refugee children particularly, instead of migration policies, child protection should be brought to the fore.
Turkey started the repatriation of captured Daesh terrorists on Nov. 11, warning that Ankara would do so even if the prisoners had had their citizenship revoked. Turkey has criticized Western countries for refusing to repatriate citizens who had joined Daesh in Syria and Iraq, stripping some of their citizenship.
Although the 1961 New York Convention made it illegal to leave people stateless, several countries, including France have not ratified it, and recent cases have triggered prolonged legal battles. The U.K. alone has stripped more than 100 people of their citizenship for allegedly joining terrorist groups abroad.
Meanwhile, the European Council on Foreign Relations released an open letter on Tuesday on the issue, urging the European states to repatriate their citizens.
“European countries have spent too long putting off dealing with the hundreds of citizens who have joined the Islamic State group,” said the letter, using another name for Daesh.
“These include not only men and women, but large numbers of young children. Leaving them in the improvised prisons and overcrowded refugee camps in which they are being held is irresponsible and, in the case of children, inhumane,” it stressed, adding that since there are no other better options, European countries should take these people back.
The letter indicated that although it is understandable for European countries to express concern over security, these countries have the necessary means to handle this situation properly, without risk.
“For months, European countries have tried to avoid repatriation by looking to have their citizens prosecuted in the region. But only repatriation seems feasible and without serious drawbacks,” the letter underlined.
So far Turkey has repatriated 10 German nationals, one U.S. citizen and one British terrorist suspect. Ankara has said that suspects are yet to be deported to Ireland, France and other mostly European nations in the coming days.
Last Update: Dec 20, 2019 1:58 am
RELATED TOPICS