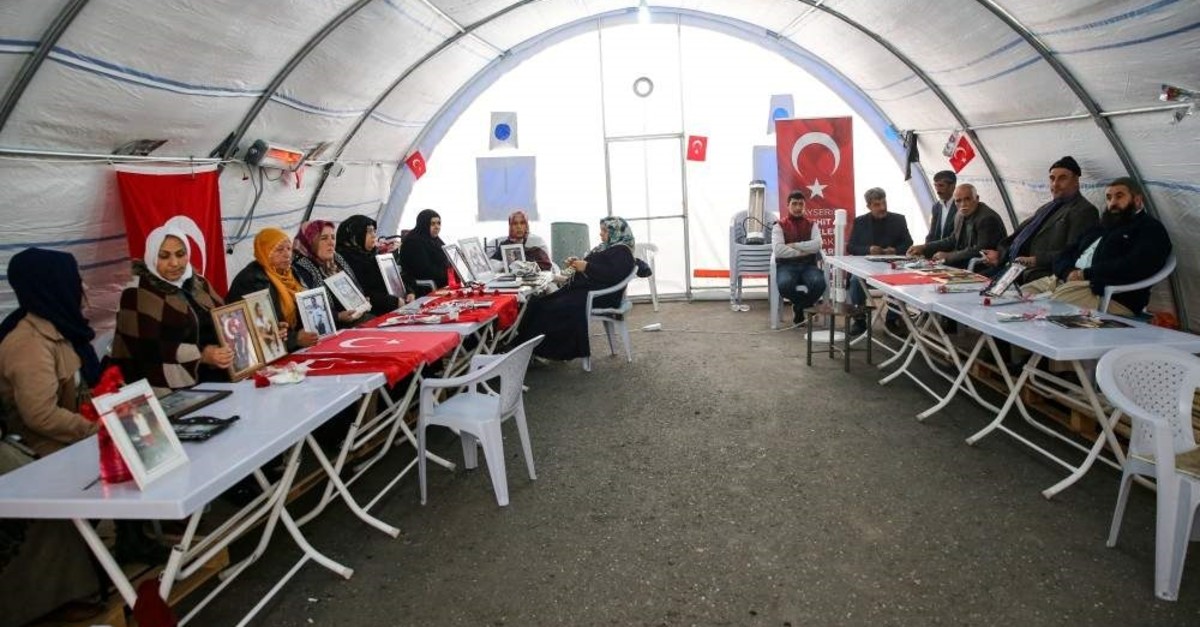 The number of Kurdish mothers that have been protesting the PKK in front of the pro-PKK People’s Democratic Party (HDP) headquarters in southeastern Diyarbakır province reached 58 on Wednesday.

“I want my daughter. That’s why I came here and joined the mothers here. I will not leave here until my daughter comes,” said Vahide Çiftçi, the latest participant of the protest, whose 12-year-old daughter was kidnapped by the PKK in the Şemdinli district of southeastern Hakkari province in 2017.

Struggling to talk about her sorrow, Çiftçi said that she could not receive any information from her daughter, Özlem, since her kidnapping.

“They (the PKK) added sorrow to my already existing sorrow,” said Çiftçi, explaining that her son was killed in a car accident just before her daughter was kidnapped.

“Soon after I lost my son, my daughter went out. Being in the village at that time, the terrorists kidnapped my daughter. They doubled my sorrow,” she added. Çiftçi said she and her husband looked for everywhere to find their daughter and later on, the PKK confirmed that they had kidnapped Özlem.

The sit-in protests are seen as a reaction against the outlawed PKK, a terror group which has abducted and recruited children, as well as the HDP, a political party which many of these families view as a partner-in-crime with the PKK. The protests began on Sept. 3 and have now continued for more than 90 days. Initially, the sit-in was inspired by a lone protest by mother Hacire Akar in front of the HDP provincial organization in Diyarbakır last month. Akar wanted to see the return of her 21-year-old son Mehmet Akar, who had been missing for three days after he was abducted by the PKK terrorist group. Following her sit-in, and with the help of security forces in Diyarbakır, Akar was finally reunited with her son.

Similar events have taken place previously and have continued since the PKK started its more than 30-year terror campaign against Turkey, which has led to the deaths of some 40,000 people, including women, children and infants.