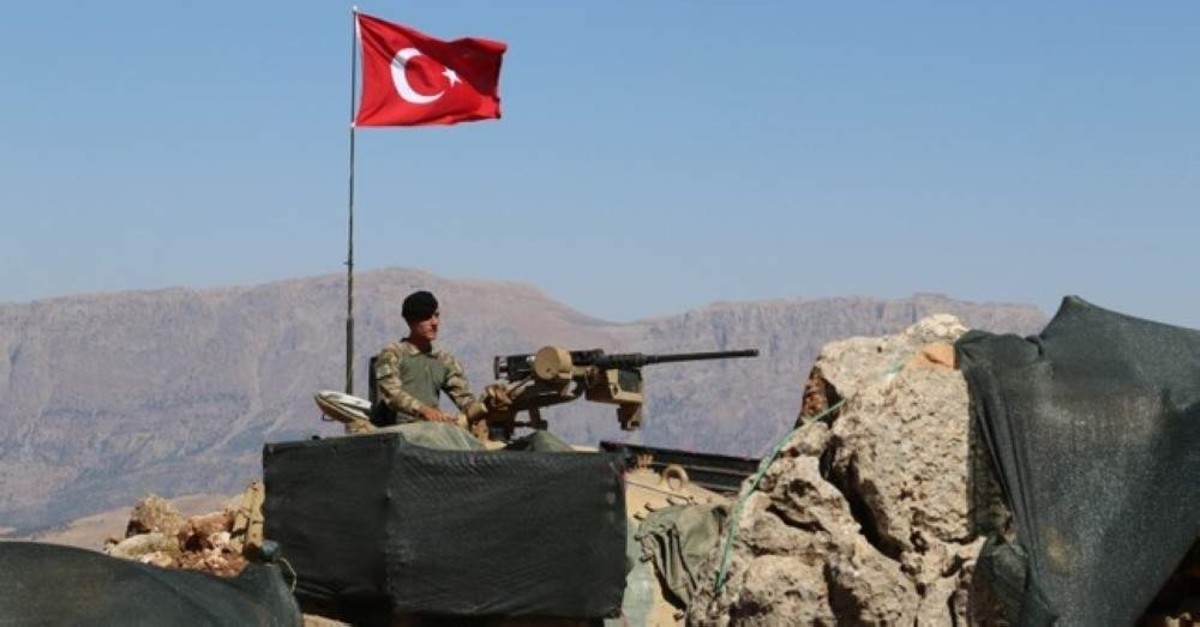 Five PKK terrorists, including a high-ranking member of the terror group, have been neutralized by the Turkish security forces in counterterrorism operations in eastern Turkey’s Muş province, the Interior Ministry said in a statement Monday.

The announcement came that the terrorists had been neutralized as part of two days of operations carried out by provincial gendarmerie units between Dec. 7 and 8. One of the terrorists, Erdal Tekay, whose code name was identified as "Zinar Amed," was in the gray category of the Interior Ministry's terror list and sought with a TL 300,000 bounty on his head. The statement added that the terrorist was a so-called commander within the PKK, responsible for the Şenyayla neighborhood of Sivas province.

In Turkey, wanted terrorists are categorized in terms of color categories – red, blue, green, orange and gray – depending on the level of threat they pose to the country's national security. Red is considered the highest threat level.

Another terrorist neutralized during the operations was identified as Musa Kalkan, who went by the code name “'Ciwan Tolhildan.” Turkish security forces regularly conduct counterterrorism operations in the eastern and southeastern provinces of Turkey where the PKK has attempted to establish a strong presence and bases. The Turkish Armed Forces (TSK) are also carrying out cross-border operations in northern Iraq, a region where PKK terrorists have hideouts and bases from which to carry out attacks in Turkey.