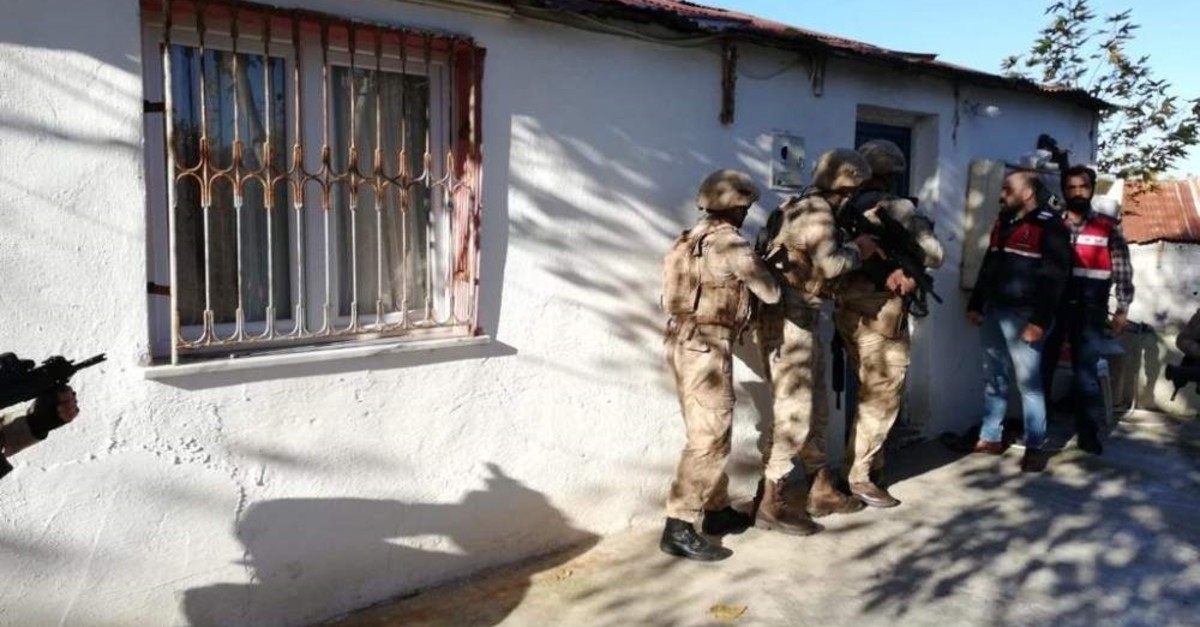 Turkish security forces detained 19 Daesh terrorists, including a senior member in charge of terrorist cells who took orders directly from the group's deceased leader, Abu Bakr al-Baghdadi.
Counterterror squads in southern Turkey’s Osmaniye province detained the senior member identified as Husain al-Hassan and five other suspects in raids on a Daesh cell. Hassan was reportedly in direct contact with Baghdadi, who was killed in a military operation in Syria in October.
The terrorists posed as Syrian refugees using fake documents. Three of the suspects, Mustafa Qasem, Husain Aldaher, and Dia el-Shikayri, had fought for the terrorist group in Syria while Muhammad Muhammad assisted in digging tunnels and ditches, and Ubade Hammoud provided medical services to the wounded terrorists.
Turkish Gendarmerie forces confiscated mobile phones, computers and organizational documents used by the terrorists.
In a separate operation, police detained 13 Daesh-linked terrorist suspects who were planning to carry out attacks during New Year’s celebrations.
Two of the detained suspects were identified as Iraqi nationals, while the rest were Syrians, including one referred to as a so-called “emir” and another referred to as a “judge.”
The suspects were brought to police headquarters for testimony while authorities are still analyzing the materials confiscated during the raids, police said in a statement.
Turkey has deported more than 5,000 Daesh suspects and 3,290 foreign terrorists from 95 different countries in recent years while dismantling terror cells and safe houses providing logistical assistance to the terrorist group in
Syria and Iraq or plotting attacks inside the country.
The country's efforts against Daesh made it a primary target for the terrorist group, which carried out numerous gun and bomb attacks targeting security forces and civilians, including the country's deadliest terror attack, which killed 102 people and wounded 400 others in a twin suicide bombing at a rally in the capital Ankara on Oct. 10, 2015.