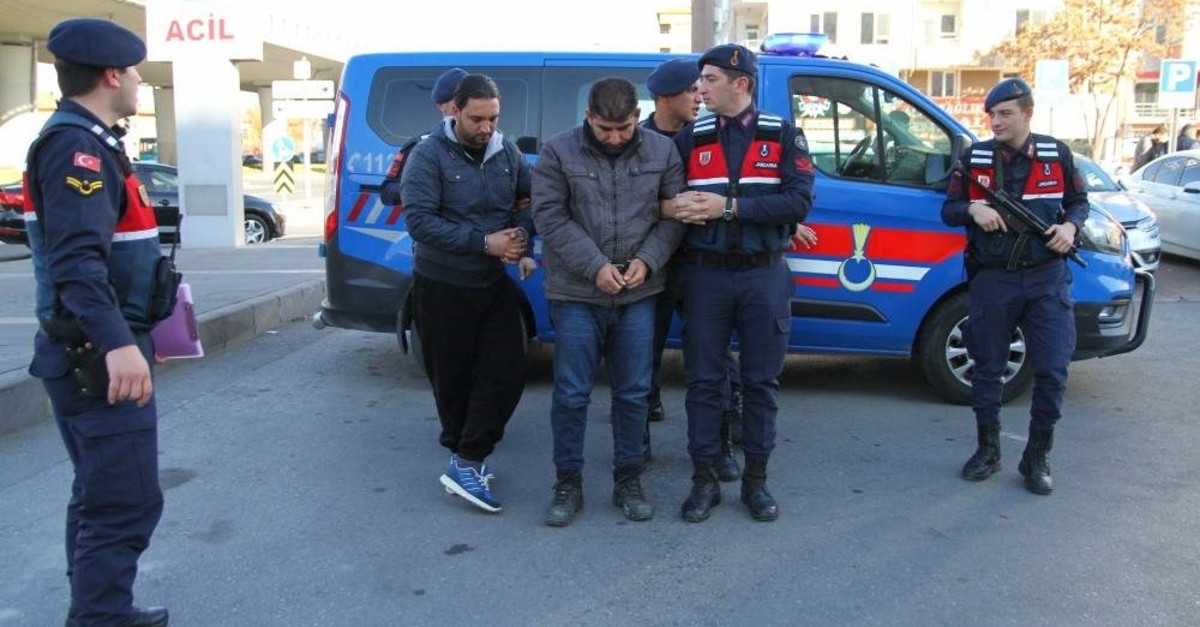 by Daily Sabah with AA Dec 20, 2019 6:26 pm
Two detained relatives of Abu Bakr al-Baghdadi, the slain leader of Daesh, were remanded by a court in central Turkey on Thursday, said judicial sources.

In an anti-terror operation in the city of Kayseri, the provincial gendarmerie command arrested five suspects, including al-Baghdadi's two relatives, said the sources, who asked not to be named due to restrictions on speaking to the media.

The relatives were sent to court, where they were put remanded in custody.

Al-Baghdadi died during a U.S. raid in northwestern Syria this October. Under his leadership, the terrorist group took control of large swathes of land in Iraq and Syria and carried out deadly attacks inside both countries and abroad.

Since recognizing Daesh as a terror group in 2013, Turkey has been attacked by the group numerous times, including 10 suicide bombings, seven bombings and four armed attacks that killed 315 people and injured hundreds.

In response to the attacks, Turkey launched anti-terror operations at home and abroad, neutralizing 3,500 Daesh terrorists and arresting 5,500.

In response, Turkey has launched military and police operations inside the country and abroad. Turkey has been actively conducting counterterrorism operations against Daesh since 2016. Since then, 4,517 of the 13,696 suspects detained in 4,536 operations have been arrested. Over the course of the operations, 1,018 terrorists were either killed, injured or surrendered. In order to apprehend Daesh suspects, 64 risk analysis units that include experts on terrorism and intelligence were formed across the country. The units regularly monitor suspects that operate within their region as well as all other developments regarding the terrorist group, both within and outside the country.