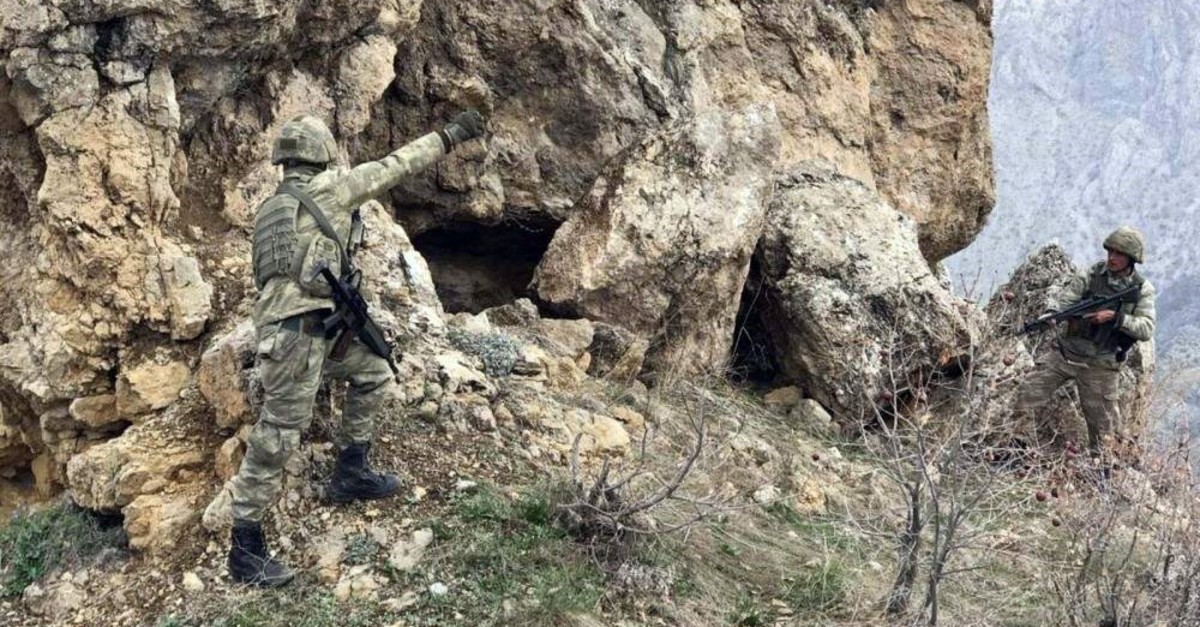 Turkish security forces regularly conduct counterterrorism operations in eastern and southeastern provinces, where the PKK has attempted to establish a strong presence and bases. (DHA)
by Daily Sabah with AA Dec 23, 2019 1:32 pm

Three of them were convinced by Turkish forces, while the other fled the terrorist group and surrendered in the southeastern province of Şırnak.

With the four, a total of 260 terrorists have surrendered this year alone, the official statement said.

The ministry noted that following domestic and external anti-terror operations, fault lines have emerged within the PKK/PYD terror group.

The Turkish Armed Forces (TSK) also carries out cross-border operations in northern Iraq, a region where PKK terrorists have hideouts and bases from where they carry out attacks on Turkey.

The operations intensified after July 2018 and have become routine since the beginning of another extensive campaign, Operation Claw. It was launched on May 27 to eliminate the presence of the terrorist organization in the Hakurk region of northern Iraq. The ongoing offensive has eliminated dozens of terrorists.

As a follow-up to the successful offensive, the operation was expanded with Claw-2 and Claw-3 to prevent the winter formation of the terrorists. All three operations have secured an area of 370 kilometers, preventing terrorists from entering Turkey or gaining a foothold in the region. Operation Claw has also targeted terrorist elements in Zap, Avasin, Basyan, Gara, Metina and Qandil in air and ground attacks.

The number of terrorists in the country has declined to nearly 500 for the first time due to effective anti-terror operations and strategies, the Interior Ministry announced last week.

In its more than 30-year terror campaign against Turkey, the PKK – listed as a terrorist organization by Turkey, the U.S. and the EU – has been responsible for the deaths of some 40,000 people, including women and children. The YPG is its Syrian offshoot.