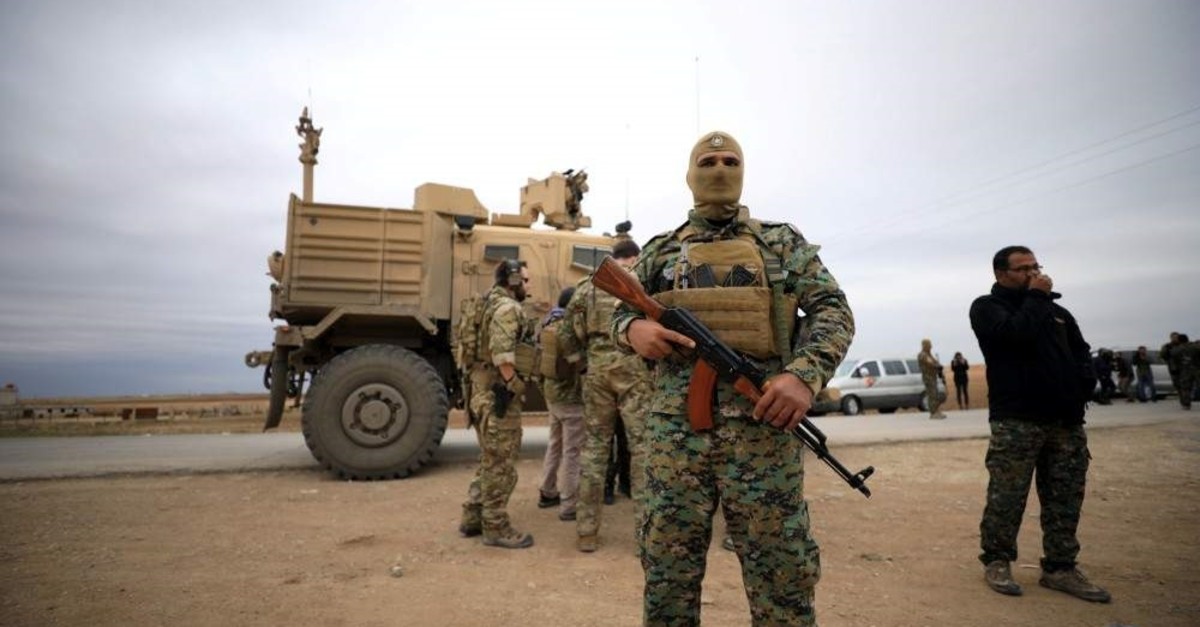 Elements of the terrorist PKK's Syrian offshoot the YPG are still present in the safe zone despite pledges by the U.S. and Russia as per deals signed with Turkey, a report said Thursday, noting that the Assad regime and Russian forces are located around the safe zone area.

According to data compiled by Anadolu Agency (AA) from local sources, occupation of the terrorist group YPG/PKK continues in Syria's northern Manbij province, the cities of Ayn al-Arab (Kobani) and Qamishli, and the town of Ayn Issa.

Presidential Spokesman İbrahim Kalın had also said in a news conference Tuesday that the YPG terrorists continue to attack Turkish forces and civilians in Qamishli, Tal Abyad, Ras al-Ayn and other places.

"We will continue to fight these (terrorists) with determination," Kalın said.

Terror group members still remain in the so-called general headquarters in Manbij as well as in the post office and the courthouse in Ayn Issa.

YPG/PKK terrorists are dressed in regime forces' clothes and display Russian flags on their cars. Terrorists continue to drill tunnels and holes in the town.

After Turkey launched Operation Peace Spring On Oct. 9, the terrorist group withdrew to al-Hasakah from some of the points it occupied in Qamishli, but after a short period of time, the terrorists returned to camps in Himo village and the industrial zone, where they are still drilling tunnels.

The so-called security forces affiliated with the YPG/PKK are also fully operational in these settlements.

Regime forces are deployed along the Turkish border north of Ayn al-Arab, between Qamishli and al-Malikiyah, in Manbij's Arima town and at control points on the M4 highway north of Ayn Issa. The regime's presence continues with the YPG/PKK in Sajur River region.

Russian forces are also deployed in the Sarrin, Sabit, Ayn-Issa and Saidiya bases in Manbij from which U.S. forces had withdrawn. Russia, which strengthened its relationship with the YPG/PKK, sent about 20 military police to a military point in Amuda district of al-Hasakah which is under the occupation of the terror group.

In its more than 30-year terror campaign against Turkey, the PKK – listed as a terrorist organization by Turkey, the U.S. and EU – has been responsible for the deaths of 40,000 people, including women, children and infants. The YPG is its Syrian offshoot.