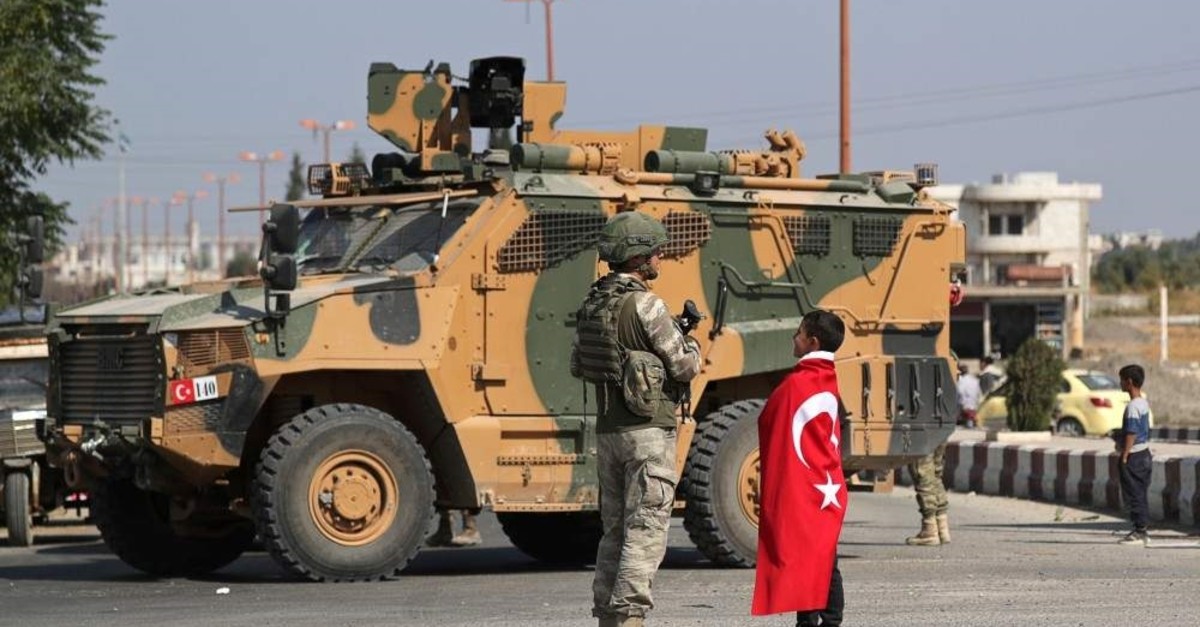 Addressing reports at the ministry's end of year press briefing in the capital Ankara, Lt. Cmdr. Nadide Şebnem Aktop said that the operations aimed to establish peace in the region to aid Syria and to add stability while also enabling refugees to return to homes, in addition to acting on concerns that threaten Turkey's national security.

Operation Euphrates Shield was completed in March 2017 and the region was secured while the fight against Daesh still goes on. Since the beginning of 2019, 492 Daesh terrorists have been caught. On the other side, it enabled 380,000 Syrian refugees to voluntarily return to their homes in the region.

Operation Olive Branch had been completed in March 2018, yet the military's efforts to secure and establish safety in the region still continues. Following the liberation of the region, 65,000 Syrians returned.

Conducting these operations, Turkey lays a high emphasis on protecting the environment, religious and cultural sites and civilians. As part of the efforts of normalization, 40 out of 66 planned control points were built in the region and 135,000 Syrians returned.

Turkey is a country that has gained the utmost appreciation around the world by virtue of its efforts to assist the survival of Syrians who were forced to leave their homes. Hosting more than 3.7 million Syrians and spending billions of dollars on their needs, despite the ongoing conflict, Turkey now looks to establish prosperous settlements and improve the living conditions for Syrians in Turkish-controlled areas.

The Turkish Armed Forces (TSK) have eliminated 1,789 terrorists in military operations in 2019. As part of Turkey's fight against terrorism, the military regularly conducts both internal and cross-border operations, targeting terrorists, their equipment, weapons, caves, shelters and hideouts.

Within this scope, 150 operations were conducted against PKK terrorists' shelters in 2019, 31 of which were full-scale and 119 middle-scale operations. Furthermore, it was noted that 255 terrorists surrendered on their own.

Some 1,852 gun emplacements, shelters and entrepots were rendered unusable while 1,066 improvised explosive devices were destroyed.

The ministry also pointed out that Operation Claw is still continuing with the active use of drones and 174 terrorists were eliminated and 398 caves destroyed during the operation.

Most recently, on Dec. 23, a wide range of equipment belonging to terrorists including a SA 18 air defense missile were seized in the Hakurk region.

The Turkish military also lays emphasis on the security of borders and border crossings, catching 776 terrorists.

Turkish security forces focus on counterterrorism operations in the eastern and southeastern provinces of Turkey where the PKK has attempted to establish a strong presence and bases.

Previously it had been announced by authorities that the number of PKK terrorists within the borders of Turkey has fallen below 600.