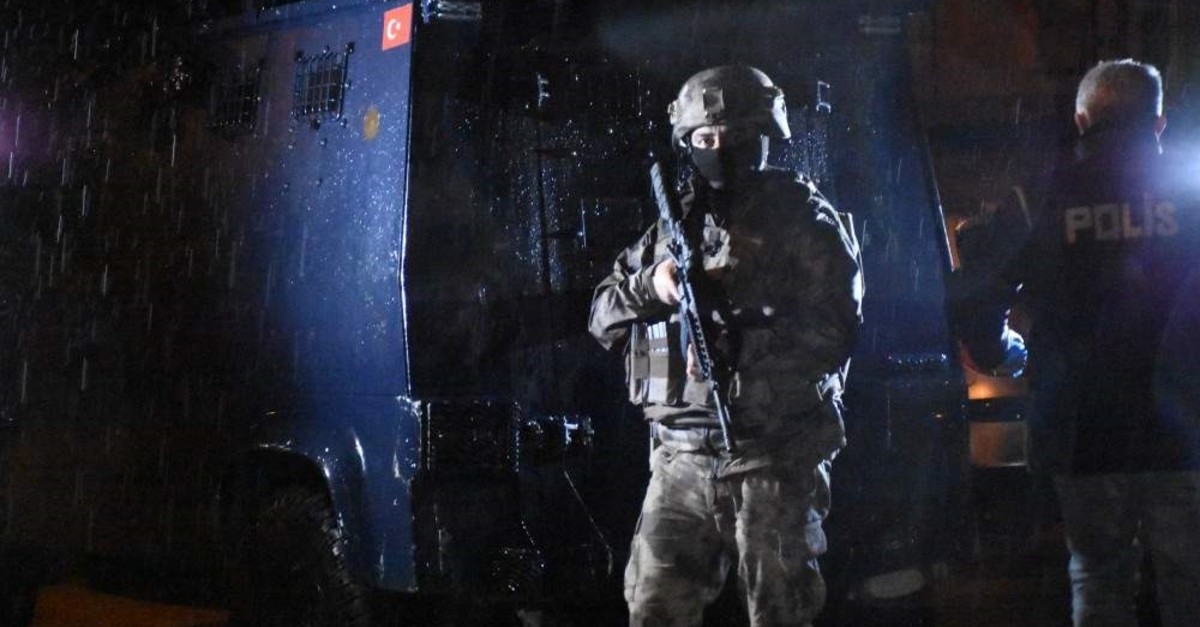 Turkey deported 778 foreign fighters in the past year, while security forces detained over 100 Daesh-linked suspects in nationwide anti-terror operations ahead of the new year

Over 100 Daesh-linked terrorist suspects were detained in nationwide operations in Turkey on Monday, while the interior minister announced that the country deported nearly 780 terrorist fighters in the past year.

"We have sent 778 foreign terrorist fighters back to their countries of origin since the beginning of the year," Interior Minister Süleyman Soylu said in a live broadcast on CNN Türk on Sunday.

Soylu did not mention whether all of them were linked to the Daesh terror group.

There are some 1,200 foreign Daesh members being held in Turkish prisons and nearly 300 were held in Turkey's current anti-terror operation in northern Syria, including relatives of Daesh members, Soylu announced on Nov. 4.

Ankara continues to deport foreign terrorists to their countries of origin.

The issue of the handling of Daesh members and their families detained in Syria – including foreign members of the terror group – has been controversial, with Turkey arguing that foreign-born terrorists should be repatriated to their countries of origin, while several European countries have refused, saying the terrorists were denationalized.

Although the 1961 New York Convention made it illegal to leave people stateless, several countries, including Britain and France, have not ratified it, and recent cases have triggered prolonged legal battles. The U.K. alone has stripped more than 100 people of their citizenship for allegedly joining terrorist groups abroad.

Six suspects, including four Syrian and two Iraqi nationals, were detained in dawn raids in the southern Adana province.

Batman police squads also carried out simultaneous dawn raids on the homes of the terrorists, detaining 22 suspects including the so-called provincial head of the terrorist organization.

Around 400 police officers participated in the raids.

In the Hatay province near the Syrian border police detained 11 suspects, a statement released by the governor's office said. The statement noted that the suspects were planning to carry out attacks targeting shopping malls, houses of worship including churches and other places.

The suspects were transferred to the local police stations for testimony, reports said.

In northwestern Bursa province, police detained 16 suspects, including 13 Syrian nationals. One of the suspects has already been deported, AA reported.

Police in the capital Ankara detained 33 suspects in a joint operation conducted with the National Intelligence Organization (MİT). The suspects reportedly corresponded with terrorists in conflict regions. The detained suspects included a Morrocan national, two Syrian nationals and 30 Iraqi nationals. Police are seeking 17 other suspects as part of the operation.

The country's efforts against Daesh made it a primary target for the terrorist group, which carried out numerous gun and bomb attacks targeting security forces and civilians, including the country's deadliest terror attack, which killed 102 people and wounded 400 others in a twin suicide bombing at a rally in capital Ankara on Oct. 10, 2015.

There are at least 1,174 Daesh terrorists in Turkish prisons, according to the Interior Ministry.
RELATED TOPICS