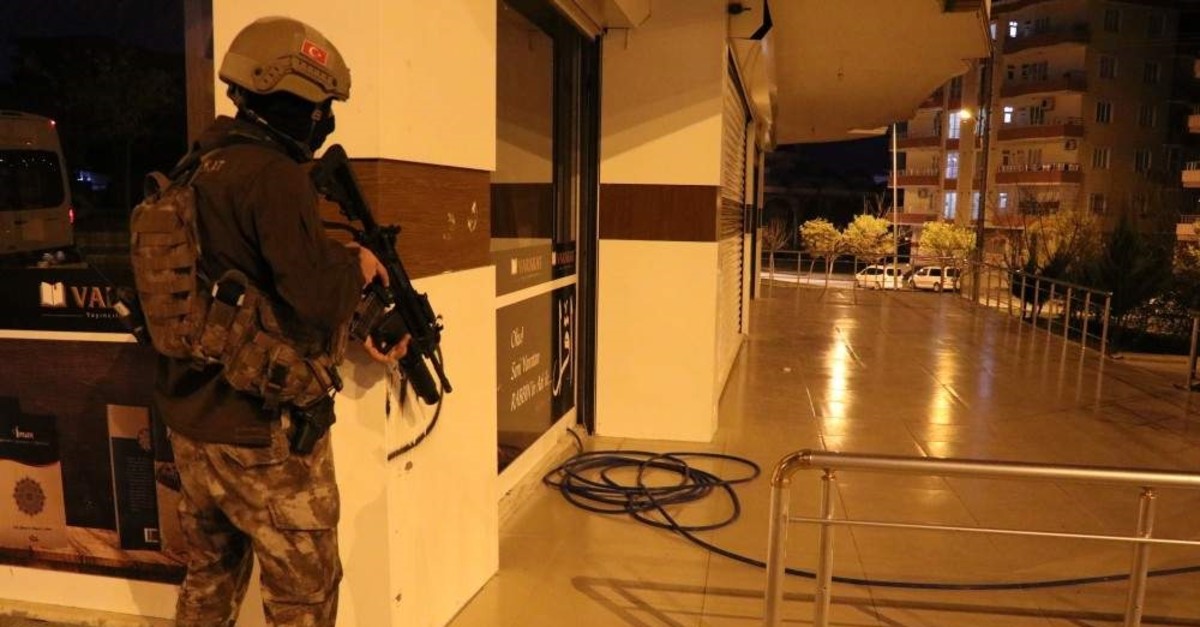 Eight Daesh suspects were detained in an anti-terror operation in the western Turkish province of Izmir, security sources said Tuesday.

The suspects were nabbed in Torbalı and Tire districts of the province after an arrest warrant was issued by Izmir Chief Public Prosecutor's Office, said the sources who asked not to be named due to restrictions on speaking to the media.

The sources said the seven suspects are Syrian nationals while the other one is carrying both Lebanese and German passports.

Since then, the country has been attacked by Daesh terrorists numerous times. They include 10 suicide bombings, seven bombings and a total of four armed attacks which killed 315 people and injured hundreds.

In response, Turkey has launched military and police operations inside the country and abroad to prevent terrorist attacks.