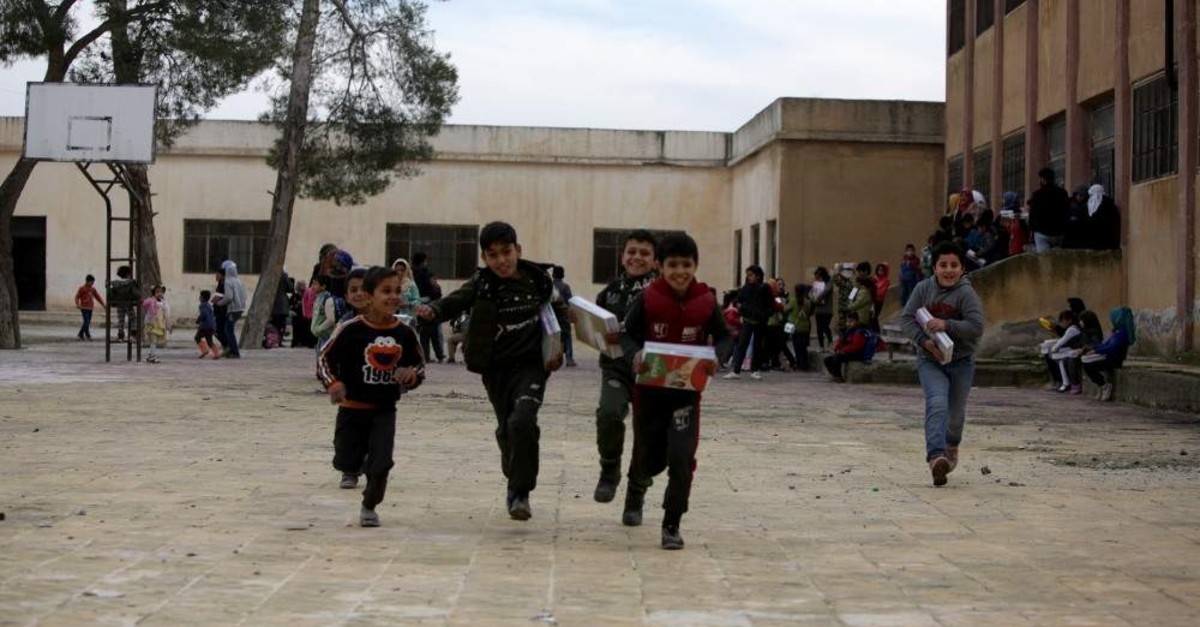 Turkey is continuing efforts to return daily life back to normal for residents of northern Syria, with Syrian students finally able to resume their studies at schools that are newly renovated after having previously been rendered useless by years of conflict.

"Syrian children in the area covered by Operation Peace Spring are experiencing the joy of being able to return to school, thanks to the assistance and efforts of Turkey," the Turkish National Defense Ministry tweeted Monday.

Earlier this month, a school in the northern Syrian town of Tal Abyad reopened thanks to the completion of renovation work. The renovation was carried out by the National Defense Ministry and the governorate of Şanlıurfa in southeastern Turkey. The school has six classrooms and 115 students and had been left seriously damaged by YPG terrorists.

Following the liberation of main towns in the area, many schools were discovered to have been converted into military bases by the YPG, with some even hosting tunnels for terrorists to hide in and escape. Extensive efforts were therefore launched to repair and renovate schools and continue educational activities in the district.