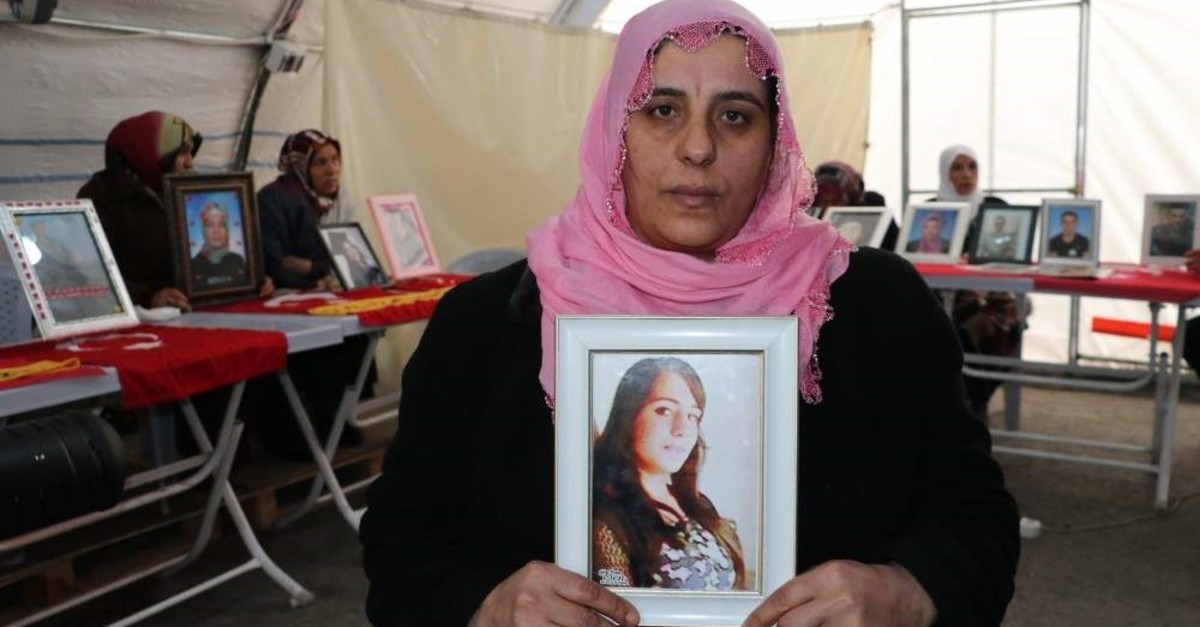 Families in Diyarbakır have been pursuing their sit-in protest in front of the pro-PKK Peoples' Democratic Party (HDP) headquarters in the southeastern Diyarbakır province with the aim of saving their abducted children from the clutches of the terrorist group for 130 days in a row and are still voicing their determination to continue until the end.

"The reason I'm here is because I have something to take from the HDP. I am determined and decisive. I will not leave this place until I get my child back," said Mehmet Laçin, a father that came from the western province of Izmir to join the sit-in and expressed that he was battered by the HDP for his demand. "I tried to intervene when I found my daughter but they beat me. I have a court decision. The HDP is hiding behind the law when it suits them but when not, they violate the law," Laçin added.

Indicating that no one from the HDP got into contact with the families, Yıldız Ballı, a mother said: "We did not do anything to them, why did they take our children? We just want our children, nothing else. We will not leave until we get our children. I am outside, in front of the door from morning till night. I cannot enter my house."

Another father, Şehmus Kaya, who has not heard from his son for five years, said: "My son was abducted by the HDP. I believe in the security forces. Hopefully, they will rescue my son from their claws."

Since the beginning of their protest, the mothers have received support from across the country with almost all segments of society expressing solidarity with their cause. The number of participating families reached 66 when Gülbahar Teker joined the protest Tuesday, coming from Muş for her son who was abducted six years ago at the age of 26.

Explaining that her son said the HDP took him to the mountains during a phone call, Teker said: "My son said 'Mother, they took me to the HDP building, I want to come but I can't.' I want him to come and surrender to the government, we are against the PKK."

According to a statement by the Turkish Interior Ministry on Nov. 26, the dissolution of the PKK has recently accelerated thanks to successfully conducted counterterrorism operations and strategies in Turkey and abroad.