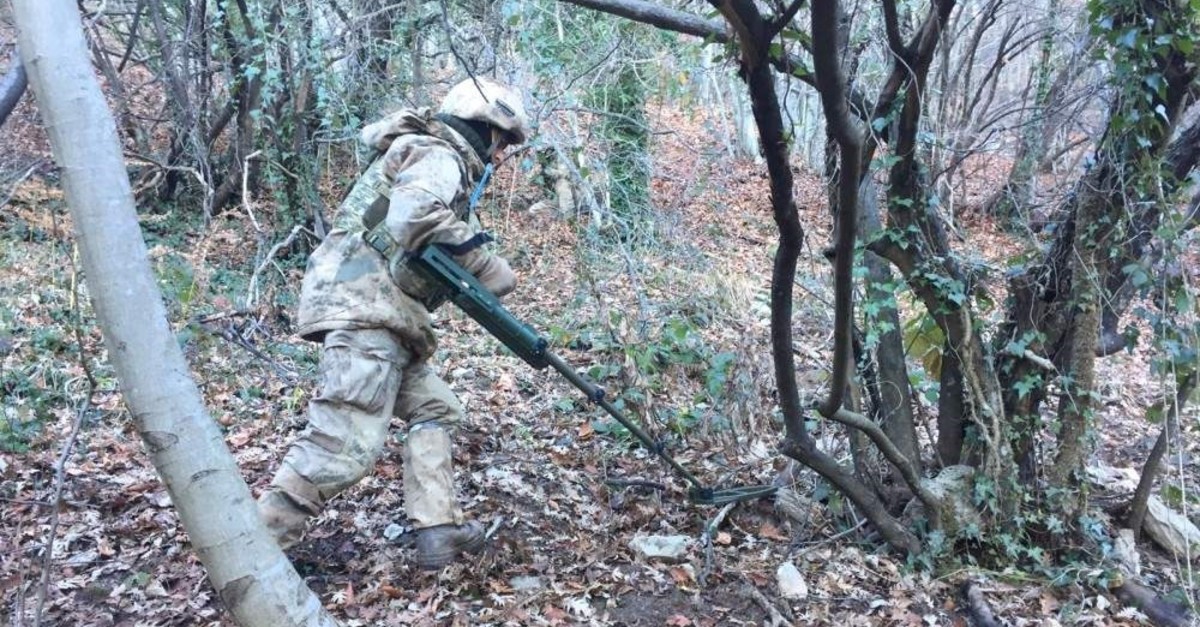 The gendarmerie command launched the counterterrorism operation in the rural areas of Hatay, a ministry statement confirmed.

A total of 623 security personnel, including gendarmerie and police forces, are taking part in the operation.

So far, a three-room shelter and three depots have been identified while an improvised explosive device (IED) and a large number of daily use items belonging to the terrorist YPG/PKK have been destroyed.

As Turkey ramps up its fight against terrorists, it launched Operation KAPAN in the southeastern province of Mardin Saturday as a follow-up of Operation Kiran against YPG/PKK terrorists in the region.

On Aug. 17, Turkey launched Operation Kiran in the country's southeastern provinces of Van, Hakkari and Şırnak. It was followed by 10 more iterations of the operation, including Kiran-10 and Kiran-11.

In its more than 30-year terror campaign against Turkey, the PKK – listed as a terrorist organization by Turkey, the U.S. and the EU – has been responsible for the deaths of 40,000 people, including women, children, and infants. The YPG is the PKK's Syrian branch.