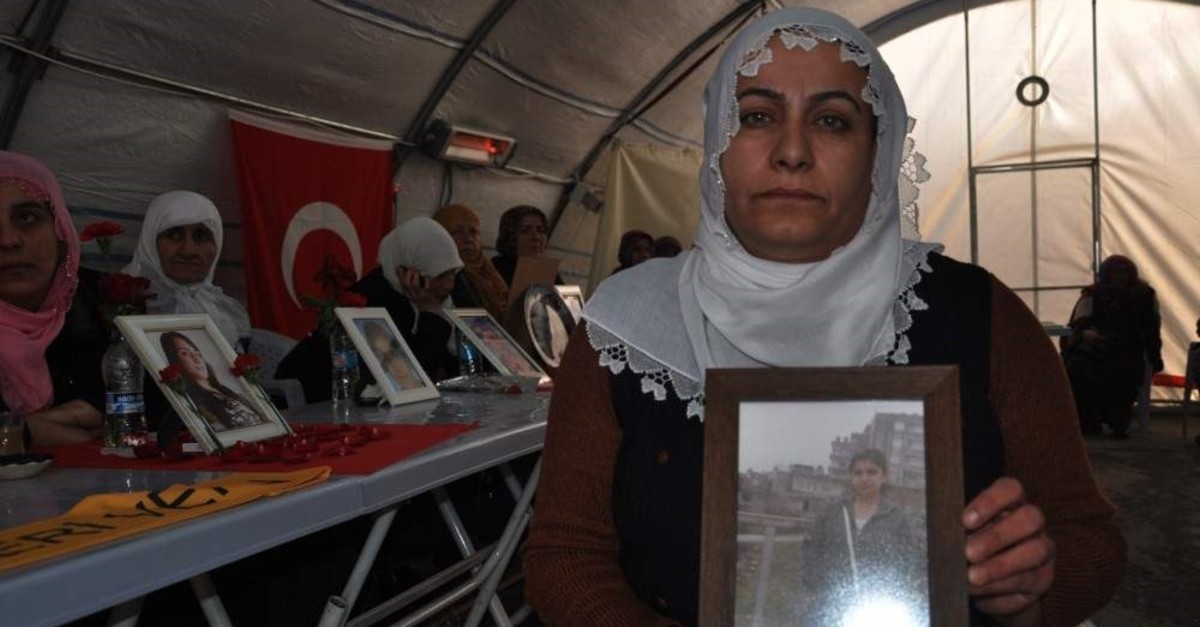 On Wednesday, another family joined the monthslong sit-in protest that is being staged by Kurdish families against the YPG/PKK terrorist group in southeastern Turkey.

On its 135th day, Nazlı Sancar, the mother of a young girl – Serima – who was kidnapped from the Van province eight years ago when she was just 15 years old, joined the protest outside the Diyarbakır office of the pro-PKK Peoples' Democratic Party (HDP), a political party accused by the government of having links to the YPG/PKK terrorist group.

The protest started when Hacire Akar turned up at the doorstep of the HDP's Diyarbakır office one night. A week later, on Sept. 3, 2019, families inspired by Akar transformed her solo stance into a collective sit-in protest. Akar's son Mehmet returned home on Aug. 24, giving hope to other families who quickly joined the protest.

Since the beginning of their protest, the mothers and families received great support from across the country with almost all segments of society expressing solidarity with their cause. The number of participating families reached 67 with this latest addition.

So far, four families have been reunited with their children who were abducted by the terrorist group.

Sancar told reporters that she has not heard anything from her daughter for the last eight years, and has no idea if she is dead or alive.

Noting that Serima was a high school student when she was kidnapped, she added, "I'm looking forward to reuniting with my daughter."

"I saw on TV those who escaped from the terror (group), which has affected me so much that I decided to join the protest," Sancar said.

She also said she would not leave the protest until she gets her daughter back and called on Serima to surrender to security forces.