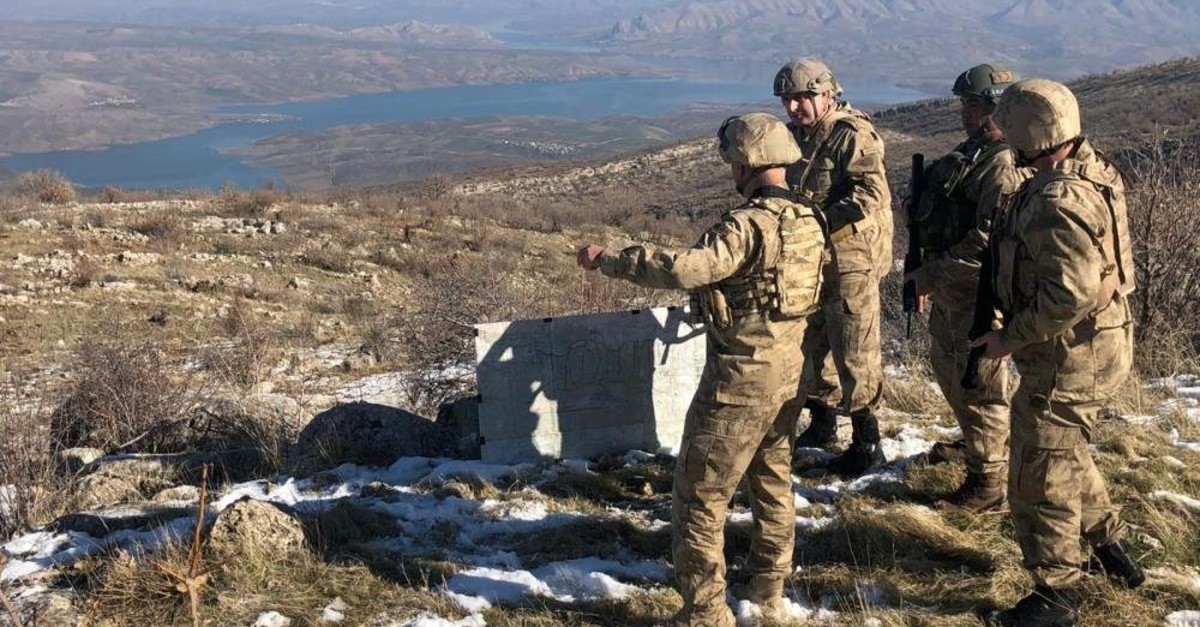 The Interior Ministry announced the launch of Operation Kapan-4 Mava with 795 security personnel on Thursday. (AA Photo)
by daily sabah Jan 16, 2020 6:01 pm
Turkey launched Operation Kapan-4 in the Mava district of the southeastern province of Batman in a series of operations to eliminate terrorists in the country's southeast, the Interior Ministry announced Thursday.

In a written statement, the ministry said Kapan counterterrorism operations launched last week were underway despite winter conditions. A total of 795 security personnel including gendarmerie and police as well as village guards are taking part in the operation.

On Aug. 17, Turkey launched Operation Kıran in the country's southeast against YPG/PKK terrorists in the provinces of Van, Hakkari and Şırnak following the launch of Operation Kıran-2 on Aug. 27 in the provinces of Mardin, Şırnak and Batman. Eight more iterations of the operation followed, including operations Kıran-9 and Kıran-10. Last week, the operation concluded as the last phases were completed and were immediately followed by Operation Kapan.

Turkish security forces regularly conduct counterterrorism operations in the eastern and southeastern provinces of Turkey, where the PKK has attempted to establish a strong presence and base. The Turkish Armed Forces (TSK) also carries out cross-border operations in northern Iraq, a region where PKK terrorists have hideouts and bases from which they can carry out attacks on Turkey.

Furthermore, the Defense Ministry announced Thursday that three PKK terrorists in northern Iraq's Hakurk region were eliminated in an aerial attack. In the past year, 1,250 PKK terrorists and 388 other terrorists belonging to groups such as al-Qaida and Daesh have been killed in counterterror operations, President Recep Tayyip Erdoğan said Thursday during a speech evaluating 2019.

Meanwhile, two Turkish soldiers in Hakkari province lost their lives during a shooting drill on Wednesday.

"Our fellow soldiers have lost their lives during an accident that took place at a shooting drill on Jan. 15, 2019 in Hakkari's Çukurca district," the Defense Ministry wrote Thursday on Twitter.

Over the course of its more than 30-year terror campaign against Turkey, the PKK – listed as a terrorist organization by Turkey, the U.S. and the EU – has been responsible for the deaths of some 40,000 people, including women, children and infants.
RELATED TOPICS