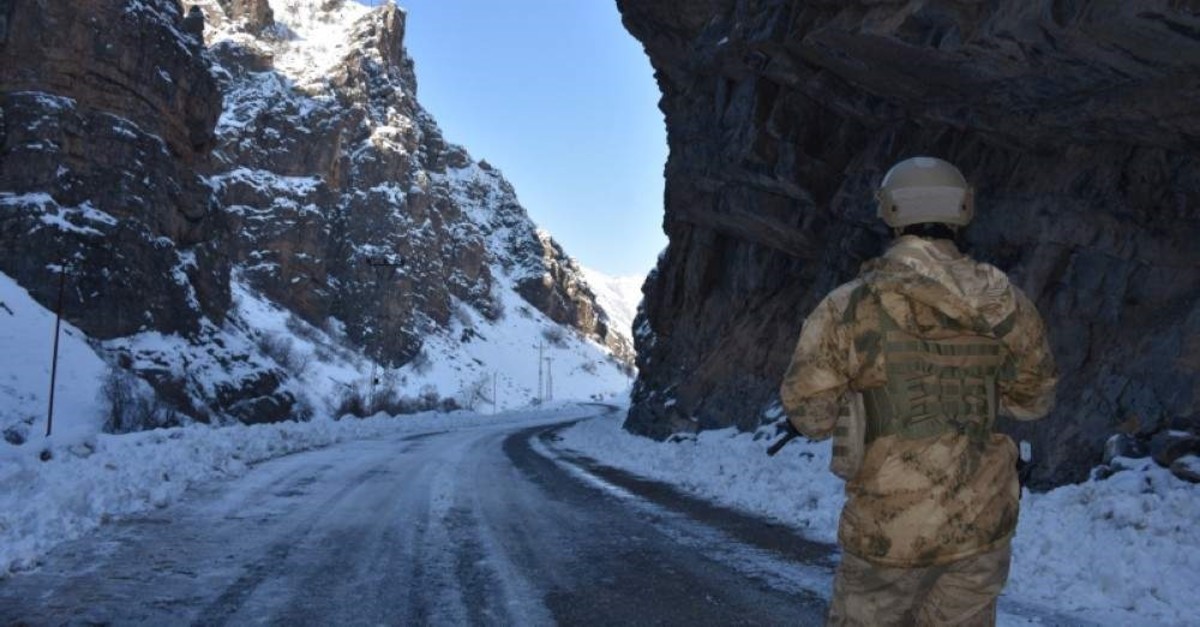 Turkish security forces regularly conduct counterterrorism operations in the eastern and southeastern provinces of Turkey, where the PKK has attempted to establish a strong presence and base. (AA Photo)
by Daily Sabah with AA Jan 18, 2020 10:21 pm

Five PKK members fled terrorist camps in Iraq and surrendered to Turkish security forces at the Habur Border Gate in the southeastern province of Şırnak, the Interior Ministry announced Saturday.

According to the statement, the success of counterterrorism operations in the eastern and southeastern provinces of Turkey has accelerated the dissolution of the terror group.

The ministry statement said significant numbers of terrorists have started fleeing the PKK and surrendering. Since the beginning of 2020, a total of 13 PKK members have surrendered.

In its more than 30-year terror campaign against Turkey, the PKK – listed as a terrorist organization by Turkey, the U.S. and EU – has been responsible for the deaths of nearly 40,000 people, including women, children, and infants.