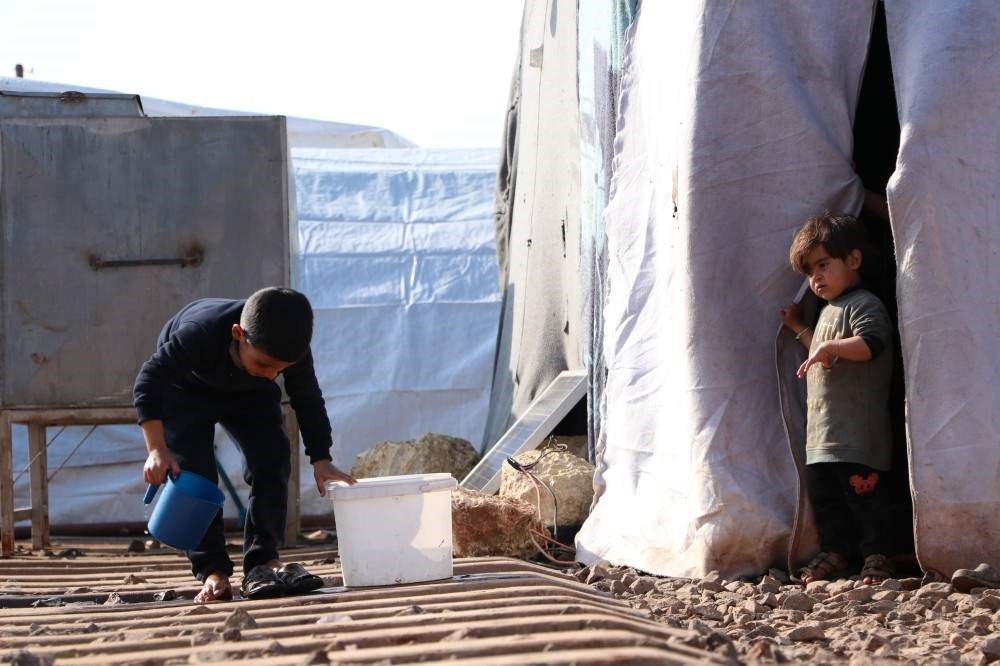 Daesh members who surrendered revealed this plan of the terrorist organization to Turkish security forces. It was determined that the PKK's Syrian affiliate, the YPG, offered Daesh members money for their terrorist acts, set them free and even enabled them to pass into Europe, security sources told Daily Sabah.

According to the reports, the YPG demands "ingimaz," which means to fight until death, from Daesh members in exchange for $5,000 per person and the guarantee that their families will be taken care of. The terrorist organization prefers those who have lost their commitment to and faith in Daesh to commit to ingimaz.

Freedom in exchange for money

On the other hand, the YPG, which was weakened by Turkey's operation, has freed some of the 50 high-ranking Daesh fighters in a prison in Raqqa in return for bribery. These were released at the Turkish border.

Furthermore, Daesh members in Hasakah's prison, under YPG control, were released in exchange for $3,000 while those that had no money were released on the condition of joining the YPG.

The YPG is also learning new methods for terrorist attacks from Daesh members, sources revealed. Daesh has been training the organization in preparing explosive mechanisms and integrating them with drones.

The YPG has released at least 1,000 Daesh terrorists and family members from northern Syria's prisons and al-Hol camp in the last two months.

The YPG is forcefully abducting children, particularly boys over the age of 12, from camps where Daesh members are held in order to give them arms training.

Sümeyra M.K., whose children were forcibly taken from her and who had made a deal with the YPG for thousands of dollars to escape al-Hol camp with her family, stated: "During our escape, my children were taken from me with the allegation that they would follow in another convoy. But, I never saw them again."

Among the child fighters are also children of European and Russian origin. Orphaned children are also receiving military training from the YPG/PKK to fight alongside them in return for money.

Furthermore, the human trafficking acts of the YPG/PKK were revealed through the statements of Daesh women who were either caught fleeing the camp or surrendered.

While some in the camp maintain their commitment to Daesh, those who have lost faith in the organization are trying to return to their countries with the help of YPG/PKK traffickers.

The terrorist organization is transferring Daesh women and children in al-Hol camp to Europe with the help of traffickers, taking $10,000 for adults and $3,000 for children for their services.

Hatice K. was delivered to YPG elements by traffickers while trying to escape Syria. She stated that she was tortured during the six months that she spent in a prison in Hasakah. She was told that she would be delivered to Turkey with the help of the pro-PKK Peoples' Democratic Party (HDP). However, Hatice and her children were sent to al-Hol camp, instead, where she made a deal with YPG traffickers to flee to Jarablus and surrendered there to security forces.

Another woman, 22-year-old Kübra C. who lost her husband in Syria, had fallen into the hands of the YPG while fleeing Daesh and was brought to al-Hol camp. She failed to escape two times, after which she sold her jewelry to a trafficker to be taken to Azaz, where she surrendered.

The al-Hol camp is a holding place for civilians who escaped the conflict in Deir el-Zour, along with families of former Daesh members who surrendered and captured terrorists. Most of the civilians were forcefully brought to the camp by the YPG in April 2017, according to reports.

Similarly, Ayça P. and her mother Özlem Ö. paid the YPG $1,000 to flee to Jarablus, where both surrendered to security forces.

Merve D. and her friend Nermin K. also wanted to flee Daesh and return to their families in Turkey. The two young women bribed YPG/PKK officials and escaped the camp.

Sevda V., who lost her husband in the conflict in Syria, is also trying to flee from Daesh. The YPG demanded $13,000, and she was later caught by security forces in Jarablus while fleeing.

A 23-year-old mother who brought her child with renal insufficiency to the hospital one day sold her jewelry to YPG terrorists to be taken to Azaz, where she surrendered.

Several human rights organizations including the U.N. have repeatedly warned that conditions at the al-Hol camp are worsening every day and have demanded access to the centers where the families of former Daesh members are being held. The main problems of the camps are unhygienic sinks and shower cabins, torn tents, expired food and the lack of medicine for those suffering from chronic diseases. Although the capacity of the camps is 10,000 people, according to the U.N., the number is seven or eight times higher than that, consisting mainly of women and children. Thousands of foreign terrorist fighters from nearly 50 countries are being held in the camp as well as a large number of Syrian and Iraqi terrorists. 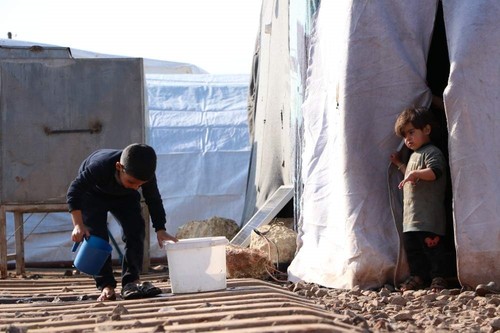 Camps in Syria near the Turkish border are filled with those seeking refuge from the endless conflict. (AA Photo)

A large number of the children in the camp are under the age of 12 and are living in unhealthy conditions. There is no consistent supply of food, clean drinking water or heating and stoves to prepare food, while the aid of the Red Cross and the U.N. are insufficient. The conditions worsen in cold weather as tents become flooded with snow and rain. Fires built to get warm often burn down tents and kill camp inhabitants.