One more family reunited with child abducted by PKK 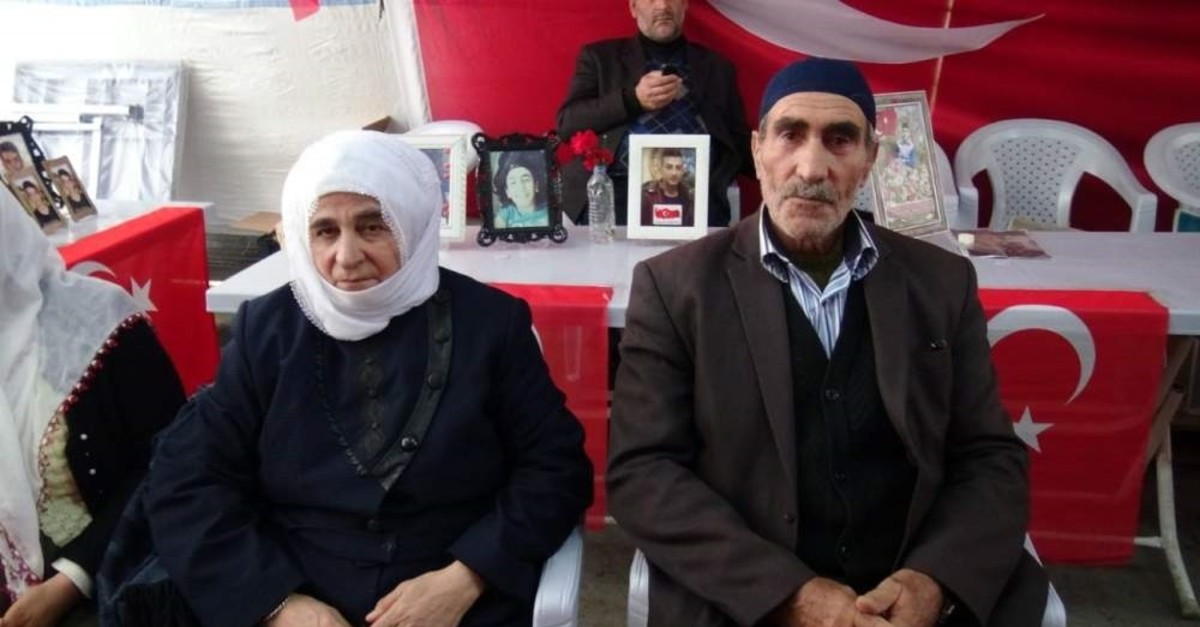 The Eşrefoğlu family, who have been staging sit-in demonstrations alongside 80 other families in front of the pro-PKK Peoples' Democratic Party (HDP) headquarters in southeastern Diyarbakır province, were reunited with their child five years after he was abducted by the group.

Nizamettin and Aslıhan Eşrefoğlu were among the families who joined a sustained protest movement that has so far lasted 161 days and has a principal aim of bringing back children families claim were either deceived or kidnapped by the terror group.

Nizamettin Eşrefoğlu, from the eastern province of Erzurum's Tekman district, joined the protests on Feb. 6. His son surrendered to security forces after the Diyarbakır Chief Public Prosecutor's Office launched official efforts to encourage his return. The latest homecoming puts the number of families reunited with their children at six.

The protest started one night when Hacire Akar turned up at the doorstep of the HDP's Diyarbakır office in August. A week later, on Sept. 3, 2019, families inspired by Akar transformed her solo stance into a collective sit-in protest. Akar's son Mehmet returned home on Aug. 24, 2019 – offering hope to other families.

The sit-in protests are seen as a reaction against the outlawed PKK, a terror group that has abducted and recruited children across the country and beyond. The families have particularly targeted the HDP – a political party many believe is in league with the PKK. Since the beginning of the protest, mothers have received support from across the country with almost all segments of society expressing solidarity with their cause.