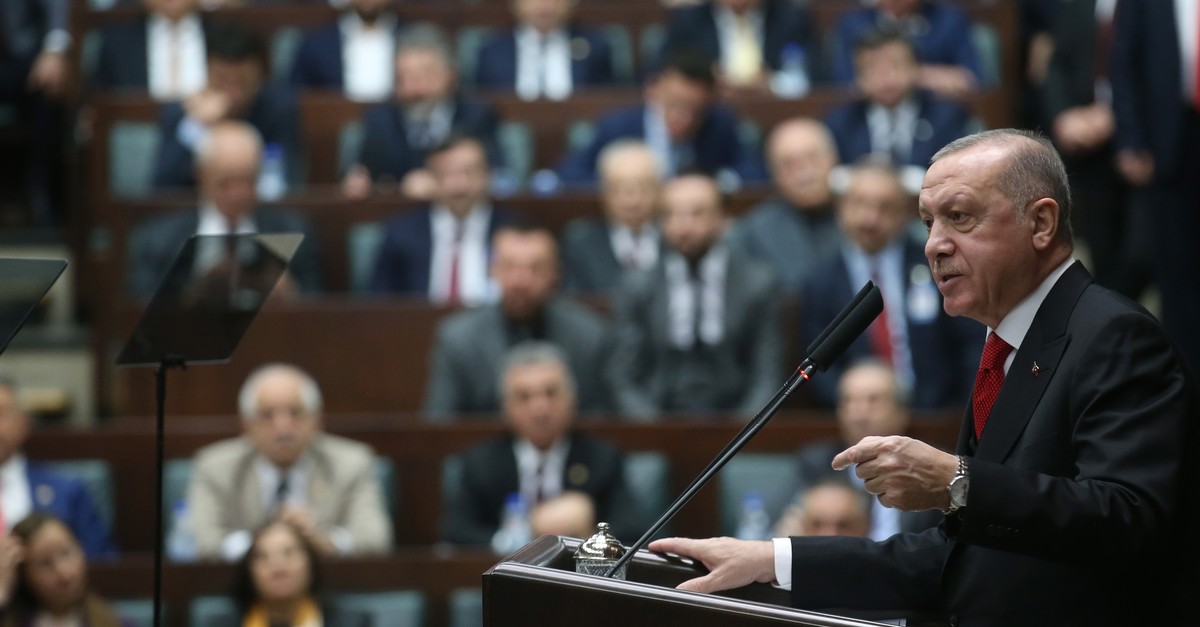 Turkey will take concrete action to ensure Bashar Assad regime forces withdraw from the area near the observation post in northwest Syria's Idlib province by the end of February, President Recep Tayyip Erdoğan said Wednesday, as he accused the regime, Iran-backed militias and Russian forces of massacring civilians in the area.

Speaking at the ruling Justice and Development Party's (AK Party) parliamentary group meeting in Parliament, Erdoğan said Turkey will no longer act by relying on empty promises but according to the reality on the ground.

The president noted that Turkey has been patiently waiting for the terms of the agreements to be implemented in Syria, but its patience has run out – especially after regime attacks started targeting Turkish forces in Idlib.

"I would like to highlight once again that most of the attacks carried out by the regime and Russia in Idlib target civilians rather than terrorists," Erdoğan said, adding that the Syrian regime, Russia and Iran-backed militias continuously massacre civilians in Idlib.

The goal of regime attacks against civilians is to push them toward the Turkish border to facilitate the easy takeover of the area, the president said, adding that Turkey has reinforced its military units in the area and is cooperating with moderate opposition forces.

"If the regime or terrorist organizations gain complete control over Syria, then Turkey's security and stability will be threatened," Erdoğan said, adding that Turkey will only be safe if security is established in Syria.

Last week, an Assad regime attack in Idlib killed seven Turkish soldiers and one civilian contractor working with the Turkish military and injured over a dozen people. Erdoğan noted that the number of Turkish casualties in Idlib reached 14, while 45 soldiers were injured in the attacks.