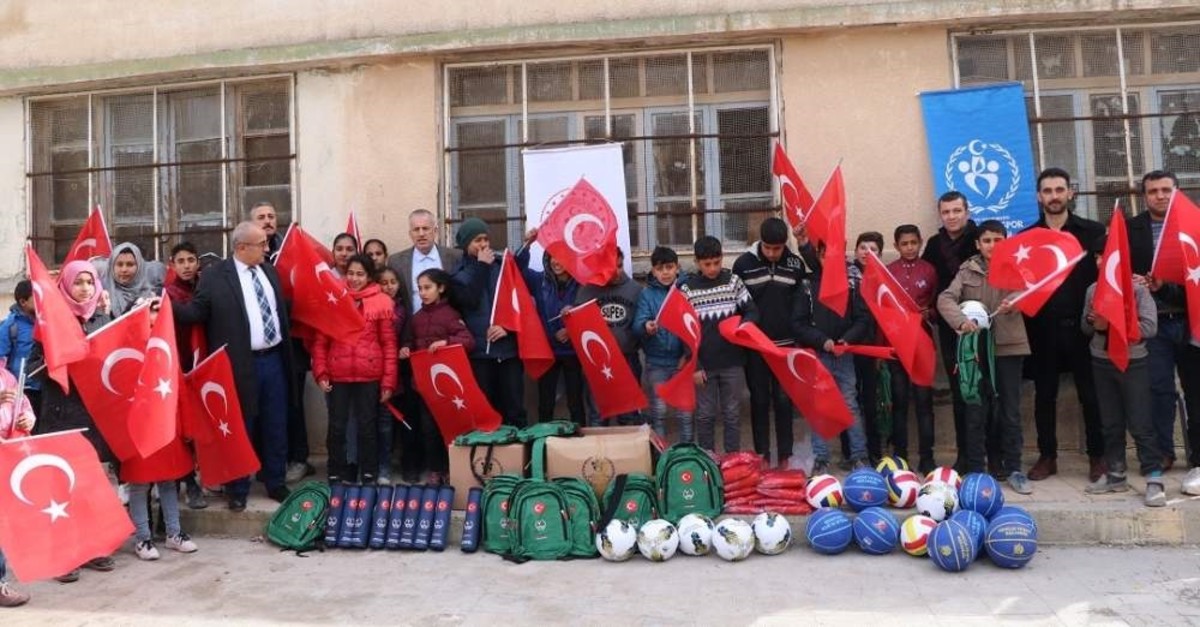 Syrian children who returned to their hometowns in northern Syria following Operation Peace Spring have resumed their studies at schools restored through Turkey's efforts.

According to the statement released by the Governorate of Şanlıurfa, a Turkish province near the Syrian border hosting more than 400,000 Syrian refugees, the Şanlıurfa Province Directorate of Youth and Sports, working under the coordination of the Şanlıurfa Governorate Syria Assistance and Coordination Center, continues its efforts to provide support and assistance for Syrian children studying in schools in the area.

Tal Abyad and Ras al-Ayn were cleared of terrorists in October by Turkey's anti-terror cross-border Operation Peace Spring, launched to eliminate YPG/PKK terrorists from east of the Euphrates river to secure Turkey's borders, aid in the safe return of Syrian refugees and ensure Syria's territorial integrity. Since then, Turkey has reached agreements with both the U.S. and Russia to force the YPG/PKK terrorist organization to withdraw from the planned terror-free zone.

In four elementary schools in Tal Abyad, 1,675 students have benefited from the directorate's efforts. Most recently, the schools' basketball, football and volleyball fields were restored.

Sixty footballs, 60 basketballs, 60 volleyballs, 400 table tennis balls, 24 tennis rackets, 100 sports bags, several sets of T-shirts, shorts and tracksuits, 10 chess sets and table tennis tables have been delivered to each school for the use of students.

Before their first game of table tennis, Syrian students thanked the Turkish nation and President Recep Tayyip Erdoğan for their assistance and support.

Since 2016, Turkey has conducted three successful operations in northern Syria against the YPG/PKK and Daesh – Operation Euphrates Shield in 2016-2017, Operation Olive Branch in 2018, and Operation Peace Spring.

In its more than 35-year terror campaign against Turkey, the PKK – listed as a terrorist organization by Turkey, the U.S. and EU – has been responsible for the deaths of nearly 40,000 people, including women and children. The YPG is the PKK's Syrian offshoot.