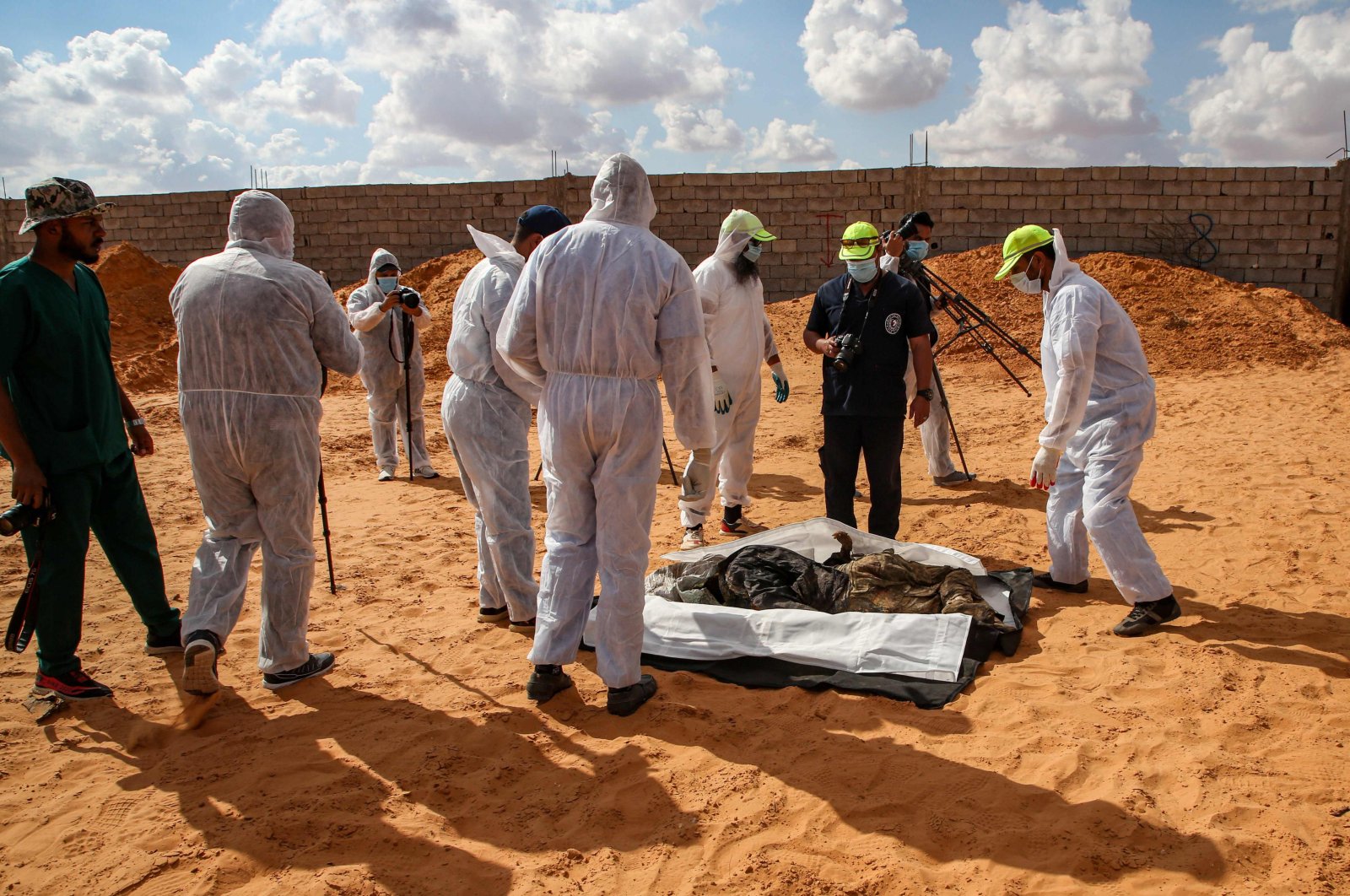 Members of the public body leading the "Search and Identification of the Missing," backed by the U.N.-recognised Government of National Accord (GNA), gather around an unearthed body at a mass grave site in western Libya's Tarhuna region on Nov. 7, 2020.
by Daily Sabah with Agencies Nov 07, 2020 5:46 pm
RECOMMENDED

Libya’s U.N.-recognized Government of National Accord (GNA) unearthed 17 more bodies from mass graves in Tarhuna, a city liberated from militias loyal to the putschist Gen. Khalifa Haftar, taking the total exhumed in recent months to 112.

Lotfi Tawfiq, who heads a committee tasked by the GNA to search for missing people, said Saturday five new mass graves containing 17 bodies had been discovered since Thursday.

The graves are located in Tarhuna, from where warlord Haftar's forces launched an aborted assault last year on the capital Tripoli, the seat of the GNA.

The area – some 80 kilometers (50 miles) southeast of Tripoli – served as the main staging point for Haftar's failed offensive.

The presence of mass graves in Tarhuna was first reported after the withdrawal of Haftar's forces from western Libya in June.

Bashagha said one of the bodies exhumed was of Mabrouk Khalaf, a general and former director of information.

The graves found this week are the latest in a string of grim discoveries in Tarhuna and excavations continue.

The Libyan government has repeatedly called on the U.N., the International Criminal Court (ICC) and other human rights groups to demand an international investigation into the mass graves.

In July, the Libyan Foreign Ministry announced that the ICC agreed to dispatch an investigation team to the country to look into the crimes Haftar militias have been accused of in southern Tripoli and Tarhuna, in the west of the country.

The charges against Haftar's militias include crimes against humanity, including massacres, kidnapping, torture and the disposal of bodies. War crimes such as the bombardment of civilian areas, as well as targeting of hospitals and medical personnel, are also among the accusations.