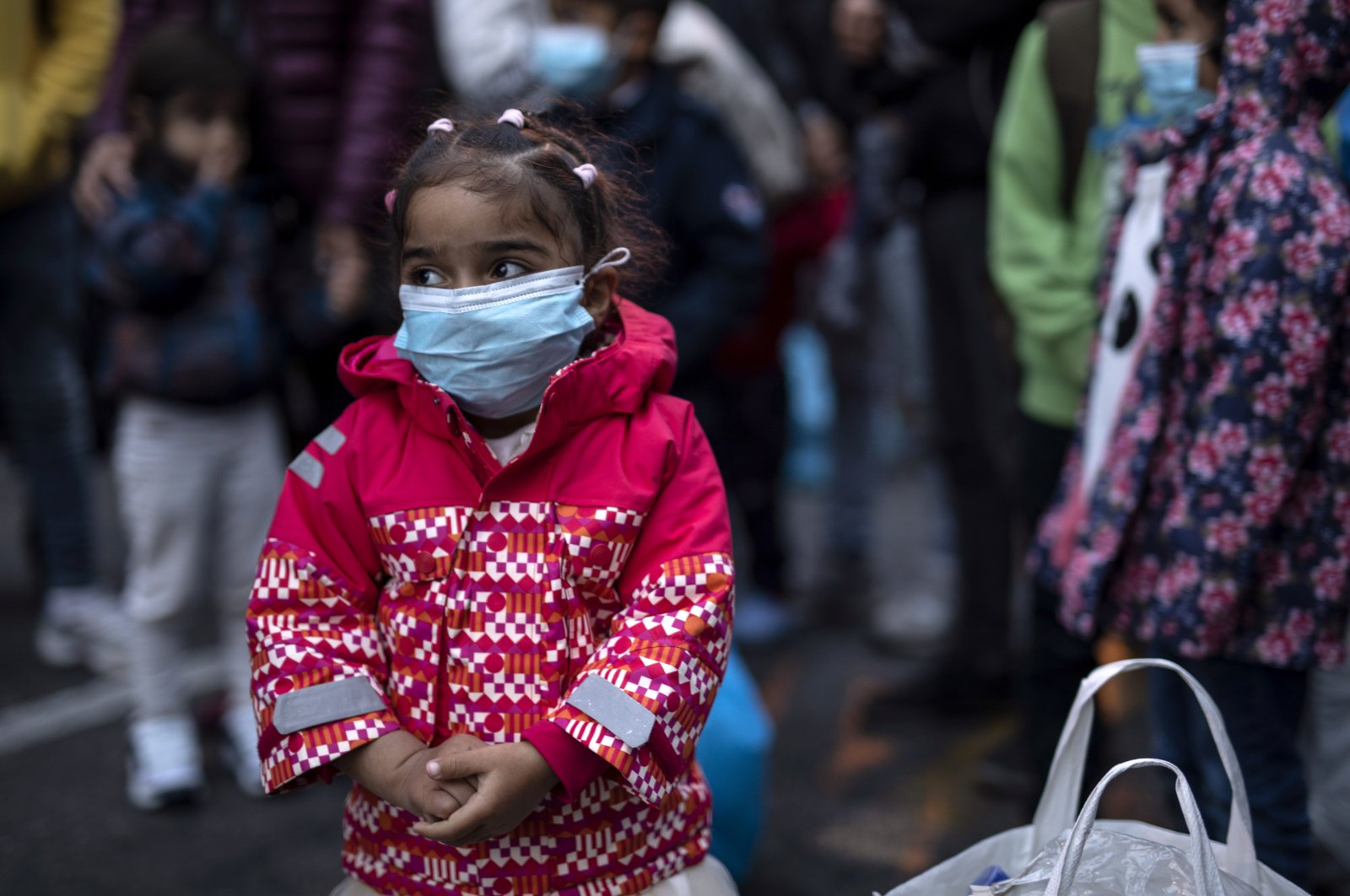 A young girl wearing a mask to prevent the spread of the coronavirus, looks on after refugees and migrants arrived at the port of Piraeus, near Athens, on Monday, May 4, 2020. (AP Photo)
by ASSOCIATED PRESS May 05, 2020 11:29 am
RECOMMENDED

The United Nations children’s agency said Tuesday that an estimated 46 million people – 19 million of them children – fled violence and conflict last year but remained in their home country, and millions more were displaced by disasters.

A UNICEF report said there has been a steep increase in the number of internally displaced people, or IDPs, as a result of conflict and violence, from 25 million a decade ago to more than 40 million in the last five years. And last year more than 40% of the displaced were under the age of 18, it said.

"Millions of displaced children around the world are already going without proper care and protection,” UNICEF Executive Director Henrietta Fore said in a statement. "When new crises emerge, like the COVID-19 pandemic, these children are especially vulnerable.”

UNICEF said the coronavirus pandemic is making a critical situation for displaced children and families even worse this year.

The report, "Lost at Home," says children who are displaced lack access to basic services and are at risk of exposure to violence, exploitation, abuse, trafficking, child labor, child marriage and family separation. It calls for strategic investments and a united effort from governments, civil society, the private sector, humanitarian groups and children themselves to tackle these issues.