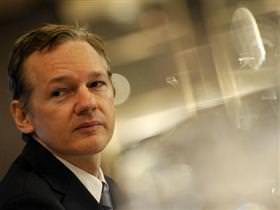 (Reuters) - The whistle-blowing website said by Twitter that American diplomats briefed government officials of its six allies in advance of the release expected in the next few days.

The next release is expected to include thousands of diplomatic cables reporting corruption allegations against politicians in Russia, Afghanistan and other Central Asian nations, sources familiar with the State Department cables held by WikiLeaks told Reuters on Wednesday.

The allegations are major enough to cause serious embarrassment for foreign governments, the sources said.

Some governments appear to be bracing for the impact of the revelations.

According to the London-based daily al-Hayat, the WikiLeaks release includes documents that show Turkey has helped al-Qaeda in Iraq -- and that the United States has supported the PKK, a Kurdish rebel organization that has been waging a separatist war against Turkey since 1984, the Washington Post reported.

The U.S. embassy in Tel Aviv warned the Israeli foreign ministry that some of the cables could concern U.S.-Israel relations, the Israeli daily newspaper Haaretz reported, citing a senior Israeli official.

WikiLeaks said on its Twitter feed earlier this week that its new release would be seven times larger than the nearly 400,000 Pentagon documents related to the Iraq war which it made public in October.

Past releases by WikiLeaks, founded by Julian Assange, an Australian-born computer hacker, contained sensitive information about the wars in Iraq and Afghanistan, which the U.S. government had said compromised national security and put some people at risk.

A State Department spokesman said on Wednesday that Washington was notifying foreign governments about the possible release of documents.