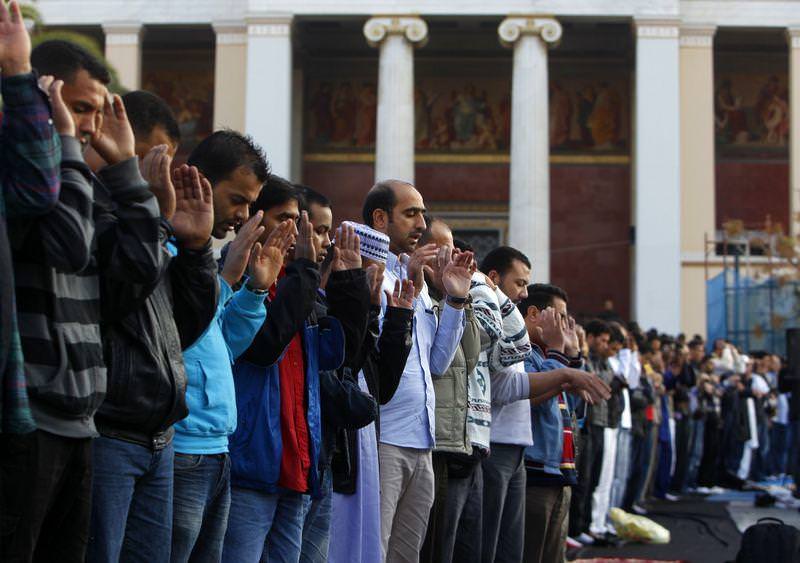 Greek police arrested 158 illegal migrants headed for Italy Thursday, and also broke up a clash between Afghan and Arab migrants over control of an embarkation point, police and reports said.

Police discovered 56 migrants hidden on a yacht, from which the Greek captain immediately escaped, near Pylos on the Peloponnese peninsula, the ANA news agency reported.
They included 27 miners and a woman about to give birth, who was hospitalised, it said without giving the nationalities of the group.
Police also found 102 people of various nationalities, including women and children, waiting for a boat on a beach at Methoni, also on the peninsula, ANA said.
People smugglers had brought the two groups to the area by bus from Athens, according to the initial enquiry.
Further north, anti-riot police broke up a fight at Patras, the main Greek port for Italy, between about 200 Afghans and Arabs over control of quays from which migrants try to secretly board ships, a police source said.
Four were wounded in the fighting and a squat set alight, police said.
Such clashes are regular in Patras, which has become a collection point for illegal migrants similar to the French port of Calais, across from Britain.
Greece is one of the main entry points into Europe for tens of thousands of illegal migrants -- mostly Afghans, Iraqis and east Africans -- and has sought European help to deal with the tide of human traffic.
Migrants, many of who arrive in Greece via Turkey, scrape a living in the Greek capital or ports in the hope of being able to press on to northern and western Europe.
Greek authorities, rarely successful in smashing human trafficking networks, have obtained the help of European border agency Frontex against arrivals from the Aegean islands and across the land border with Turkey.
Frontex's deployment to borders in November has cut daily arrivals from 250-300 to 100-150, according to Greek government figures.