Swedish accusers may be victims in successful smear: Assange 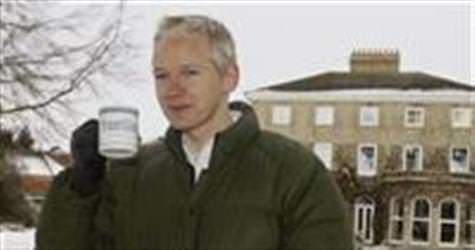 WikiLeaks founder Julian Assange claimed Tuesday that the sexual offences allegations against him in Sweden were a ''very successful smear'' - and he would not receive ''natural justice'' if he was extradited from Britain.

He suggested that the two women who made the allegations against him in Sweden were themselves "maybe victims" in the process of smearing him and his organisation, WikiLeaks.

Assange, 39, was speaking to BBC at the mansion in East Anglia, where he is virtually kept under house arrest, pending the extradition proceedings.

He said he felt "emasculated" by the electronic tag he has to wear under bail conditions. Assange, freed on bail by a British court Friday, is subject to a curfew and has to report to the police every day.

"I don't need to go back to Sweden. The law says I ... have certain rights, and these rights mean that I do not need to speak to random prosecutors around the world who simply want to have a chat, and won't do it in any other standard way."

The Swedish authorities had asked, as part of their extradition application, that he and his Swedish lawyer be gagged from speaking about the case, said Assange.

"What is requested is that I be taken by force to Sweden and once there, be held incommunicado - that is not a circumstance under which natural justice can occur," Assange said.

They had gone to the police for advice "and then the police jumped in on this and bamboozled the women", he alleged.

But he also said there were "other people making descriptions" that the women had deliberately abused a loophole in Swedish law, whereby if they went to the police for advice, they could not be charged with filing a false report.

The same loophole also existed for approaching the police about sexually transmitted diseases, Assange said.He said that after the "successful smear" there would be an "immunisation" when people would "start to see what is really going on".

Asked whether he considered himself to be a martyr, Assange said: "If you can be a martyr without dying." But his mission was to promote justice through the method of transparency of journalism".