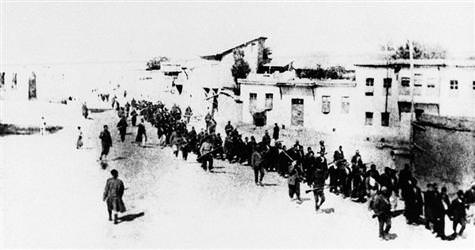 U.S. lawmakers avoided a diplomatic clash with important ally Turkey by deciding not to take up a resolution declaring the mass killings of Armenians last century a genocide.

Supporters of the resolution made a push for approval in the final days of Congress, despite opposition from the Obama administration. The measure was opposed strongly by Turkey, and the administration feared it would have damaged relations with the NATO ally.

Instead, the House of Representatives ended its two-year term Wednesday without taking up the matter. It is unlikely to be passed after Republicans take control of the chamber in January because the new House speaker, John Boehner, opposes it.

Proponents of the resolution had been optimistic of passing it because outgoing speaker, Nancy Pelosi, was a longtime supporter, who had advocated approval.

One Armenian-American group blamed Pelosi Wednesday for not scheduling a vote.

"Her decision to not move this legislation forward during her four years as speaker represents a failure of Congressional leadership on human rights and, sadly, a setback to America's standing in the struggle to end the cycle of genocide," said Ken Hachikian, chairman of the Armenian National Committee of America.

Turkey has said frequently that the resolution would drive a wedge in its relations with the United States. In March after the House Foreign Affairs Committee endorsed the proposed resolution, Turkey, which sees the measure as a historical affront, withdrew its ambassador from Washington.

This week, Turkish Prime Minister Recep Tayyip Erdogan sent Obama a letter asking that he prevent a vote on the measure. On Wednesday, Turkey's ambassador to Washington, Namik Tan, thanked Obama in a statement for arguing against the measure.

"As decades-long friends and allies, Turkey and the U.S. will continue to work for global peace, prosperity and stability," Tan said.

The issue is awkward for Obama, who pledged as a presidential candidate to recognize the Armenian deaths as genocide.

Historians estimate that up to 1.5 million Armenians were killed by Ottoman Turks around the time of World War I, an event widely viewed by scholars as the first genocide of the 20th century. Turkey denies that the deaths constituted genocide, saying the toll has been inflated and those killed were victims of civil war and unrest.

Armenian American groups have sought congressional affirmation of the killings as genocide for decades.

Bryan Ardouny, executive director of the Armenian Assembly of America, praised Pelosi's efforts on the resolution and said his organization would seek to turn the pressure up on Obama.

"We are not going to give up. We are going to press President Obama to hold to his commitment to unequivocally affirm the Armenian genocide," he said.